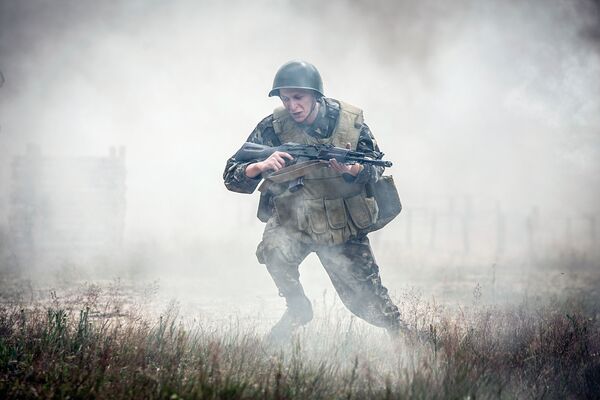 A soldier in action during a military exercise in the Donbass region, Ukraine. (Demotix)

The NATO Communications and Information Agency (NCI Agency) and Ukraine signed a Memorandum of Agreement (MoA) to deepen their partnership and collaborate on additional technology-related projects, the agency announced on 17 January.

The agreement involves supporting Ukraine in modernising information technology and communication services, while identifying areas to assist in the training of personnel.

Ambassador Nataliia Galibarenko, head of Mission of Ukraine to NATO, said, “With NATO's support, we plan to further introduce modern information technologies and services into the command-and-control system of the Armed Forces of Ukraine.”

This well-established partnership dates back to 2015 when the NCI Agency Supervisory Board agreed to aid Ukraine on technology-related matters. Support is conducted through the Command, Control, Communications, and Computers (C4) Trust Fund.

The C4 Trust Fund was created in 2014 at NATO's Wales Summit in response to Russia's annexation of Crimea. The fund intends to improve Ukraine's security by helping to reorganise and modernise its C4 capabilities and improve the interoperability of its platforms with NATO. Canada, Germany, and the UK are the principal countries leading the fund, while the NCI Agency acts as the executing agent.

According to NATO, there are four projects under the umbrella of the C4 Trust Fund, which are at various stages of implementation. They address “regional airspace security, secure tactical communications, knowledge-sharing, and situational awareness”.

One project formed under the agreement was the NATO-Ukraine Regional Airspace Security Programme (RASP), which provides early warning and management of airspace threats.

The NATO Communications and Information Agency (NCI Agency) and Ukraine signed a Memorandum of Agree...