The United Arab Emirates (UAE) Armed Forces signed a deal worth AED35,494,740 with Al Fattan Marine Services for an undisclosed number of coastal patrol boats for the protection of “vital installations and coastal areas”, it was announced at the NAVDEX 2021 exhibition in Abu Dhabi. 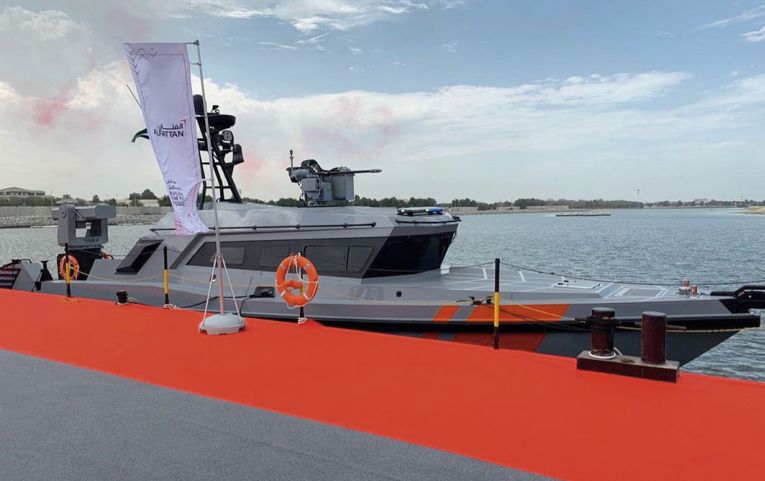 The shipyard also received a second AED22 million contract during the show, although no further contract details were supplied.

The 16 m version already in service has a length of 15.2 m, a beam of 3.2 m, a draft of 0.7 m, and a displacement of 14.5 tonnes. It is powered by four Mercury Verado 350 hp outboard engines for a top speed in excess of 40 kt. Weapons comprise a cabin roof-mounted small-caliber remote weapon system and a multibarrel rocket launcher on the aft deck.

The 18 m craft on display was also painted in UAE Coast Guard livery but lacked a hull pennant, while the 20 m craft was painted grey but lacked the livery.

The 18 m patrol craft is powered by inboard MTU 10V1600 engines and Hamilton HJ403 waterjets for a top speed in excess of 50 kt. This craft is also fitted with similar weaponry to the 16 m craft, as well as two manned heavy machine guns behind the cabin.