Simulation and training firm CAE, which is known mostly for its aerospace work, expects naval offerings to help increase its share of growing international demand for integrated defence training services.

CEO Marc Parent said in a conference call with analysts on 17 May that “the market is highly supportive, with governments placing a high priority on mission readiness and looking at outsourcing. We’re seeing good momentum as we convert a large bid pipeline into orders.” 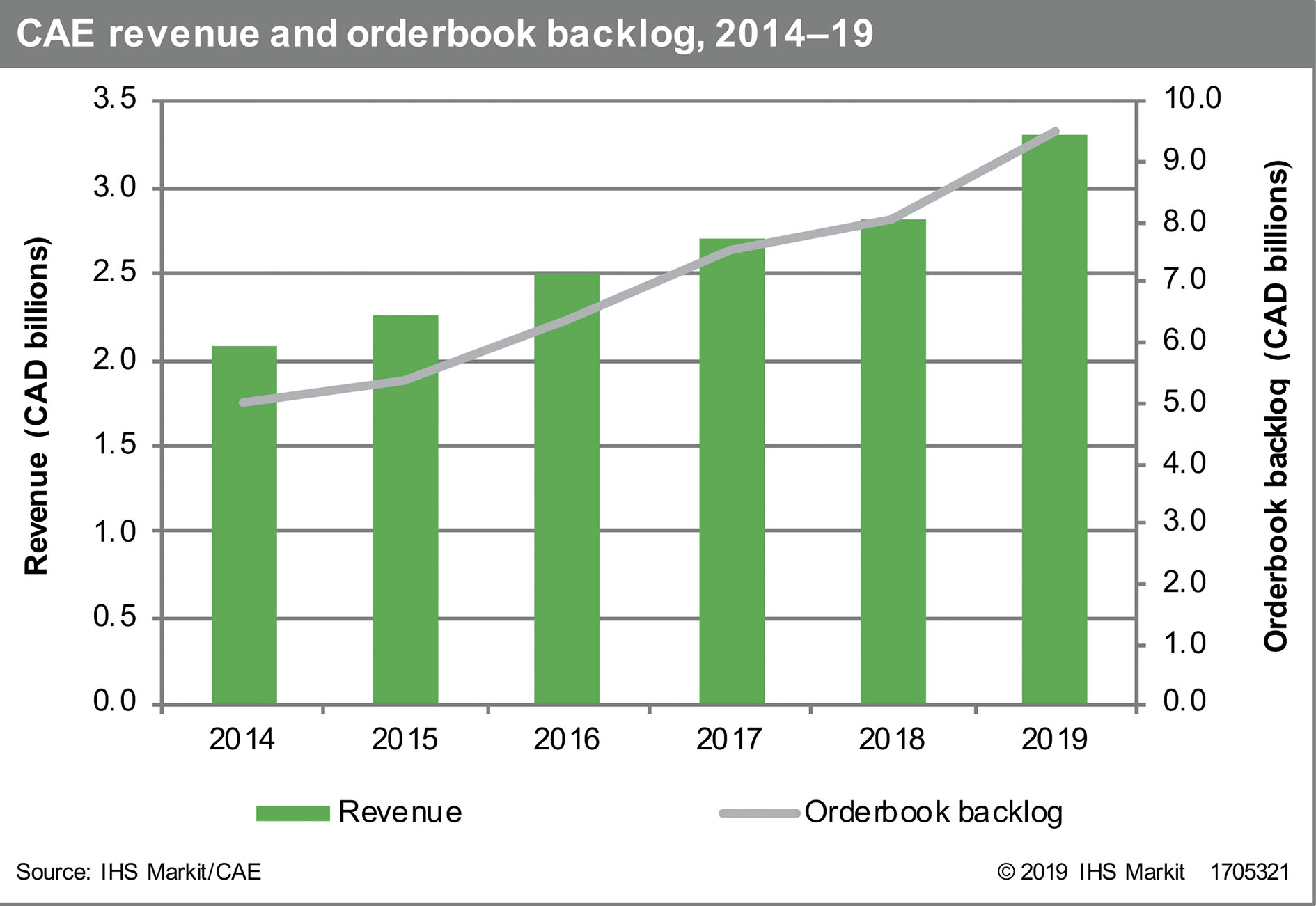 CAE’s stock price spiked by nearly 15% following Parent’s comments and the publication of exceptionally strong results. Revenues increased by 42% during the fourth quarter of CAE’s 2019 fiscal year (FY) to CAD1.02 billion (USD757 million), and by 17% for the whole year to CAD3.3 billion.

Parent attributed CAE’s success on the defence front during the year, which included CAD1.1 billion in divisional orders, to a variety of factors. These include the acquisition of US-based Alpha-Omega Change Engineering (AOCE). The aircrew training, operational testing, and engineering support services provider provides a boost to CAE’s efforts to counter growing protectionism in the world’s largest defence market and the Trump Administration “America First” policy.

CAE’s biggest opportunity on the naval front stems from its membership in the Lockheed Martin-led team that won a bid earlier this year to design 15 new Canadian Surface Combatant vessels. CAE executives have been tight-lipped about expectations regarding what is expected to be Canada’s largest ever defence procurement because of the government’s increasing restrictions about information that contractors bidding on current programs are allowed to say to the press.

Simulation and training firm CAE, which is known mostly for its aerospace work, expects naval offeri...