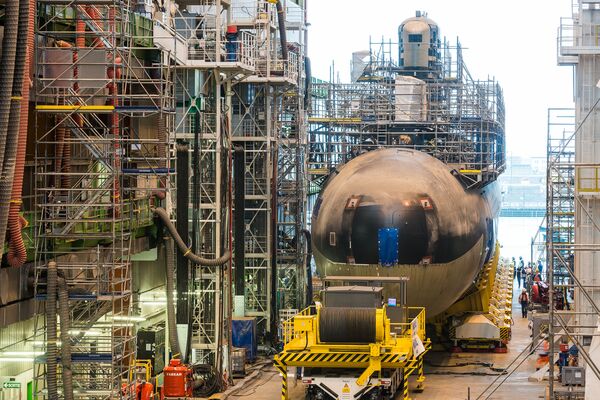 Duguay-Trouin was transferred from the construction hall at Laubeuf shipyard via 24 walkers to the Cachin infrastructure launch site, where it will now undergo final outfitting work and testing ahead of its official launch “in the coming months”, a Naval Group spokesperson told Janes .

“With this step, and given the progress of the following submarines, we are now firmly in the second half of the [Barracuda] programme and in series production,” the spokesperson said. “The aim now is to produce a submarine approximately every two years, so by 2026 Naval Group will have delivered the first four units.”

Naval Group is building six new-generation SSNs for the French Navy under the Barracuda programme. First-of-class Suffren was laid down in December 2017 and delivered to the French Navy in November 2020. It is expected to reach full operational capability in 2021 after completing navy trials.

Construction of the third and fourth boats, Tourville and De Grasse , started in 2011 and 2014 and their respective launches are currently set for 2023 and 2024.