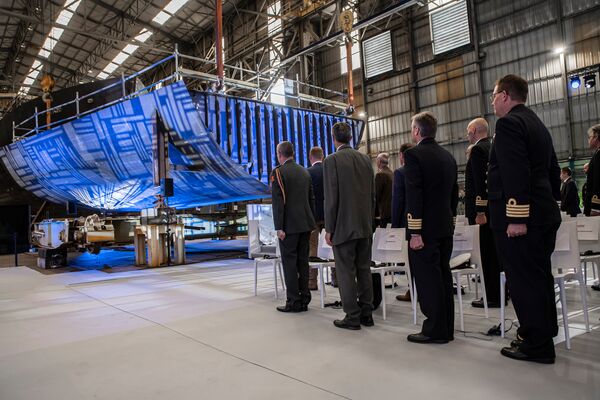 French shipbuilder Naval Group held a keel-laying ceremony for the first new mine countermeasures vessel (MCMV) on order for the Royal Netherlands Navy in Lanester on 14 June.

The new vessel, named Vlissingen , is the second of the 12 MCMVs on order for the Belgian and the Netherlands (BE/NL) navies under their joint replacement rMCM programme.

The latest milestone follows the keel laying for the Belgian Navy's first ship, Oostende (M 940), in Concarneau in November 2021.

The Belgium-led BE/NL MCM programme is being delivered by Belgium Naval & Robotics – a consortium of Naval Group and ECA Group – under a contract awarded in May 2019. Valued at almost EUR2 billion (USD2.4 billion), the contract includes the supply of 12 2,800-tonne displacement mother ships (six for each navy) and an MCM ‘toolbox' of unmanned/autonomous systems that will equip the vessels.

The new ships are being designed and built by Kership, a joint venture between French shipbuilders Naval Group and Piriou Group, while the MCM toolboxes will be supplied by ECA. Five of the ships will be built entirely in France, with the remainder to be built in Romania and then integrated in France.

Under current planning, Oostende is on track to be delivered to Belgium in 2024, with Vlissingen scheduled for handover to the Netherlands in 2025. Subsequent vessels will be delivered at six-month intervals until 2030.