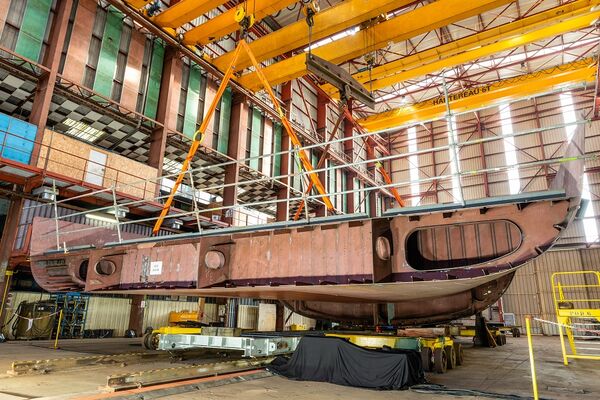 A keel laying ceremony for the first of 12 new MCMVs being built for the BE/NL next-generation offboard MCM programme took place at Piriou shipyard in Concarneau, France on 30 November. (Belgian MoD)

The Belgium-led BE/NL MCM programme is being delivered by Belgium Naval & Robotics – a consortium of Naval Group and French and ECA Group – under a contract awarded in May 2019. Valued at almost EUR2 billion (USD2.4 billion), the contract includes the supply of 12 2,800-tonne displacement mother ships (six for each navy), and an MCM ‘toolbox' of unmanned/autonomous systems that will equip the vessels.

The 12 ships are being designed and built in Concarneau by Kership, a joint venture between Naval Group and Piriou Group, while the MCM toolboxes will be supplied by ECA.

The first six of an initial batch of 18 Dassault Rafale combat aircraft ordered by the Hellenic Air ...