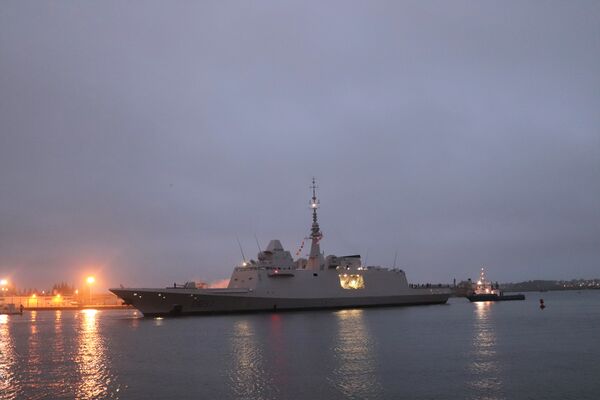 Naval Group handed over Lorraine – the eighth Aquitaine-class FREMM (frégate européenne multi-mission) frigate for the French Navy – to France's defence procurement agency Direction générale de l'armement (DGA) during a ceremony at the French naval base in Toulon on 16 November.

Lorraine is the final frigate in the class to be built by Naval Group for the French Navy and the second of two built to a modified FREMM DA (défense aérienne) standard.

Laid down in 2018 and launched in November 2020, Lorraine's delivery follows that of Alsace, the first FREMM DA to be built, in April 2021. The first six ships in the programme were built as anti-submarine warfare (ASW) variants and delivered by Naval Group from 2012 to 2019.

The two FREMM DA frigates are intended to replace the French Navy's two F70 AA frigates Cassard, which was decommissioned in 2019, and Jean Bart, which completed its final deployment in March 2021. They will be used to provide air defence for major French Navy ships such as the Charles de Gaulle aircraft carrier or the three Mistral-class landing helicopter docks within a carrier strike or amphibious group.