NATO should increase its common fund, or at least modify how it is currently used, to “incentivise” the allies to conduct more deterrence and defence activities to protect their collective home territory, argues NATO Secretary General Jens Stoltenberg, who put the idea to a 17-18 February virtual meeting of allied defence ministers. 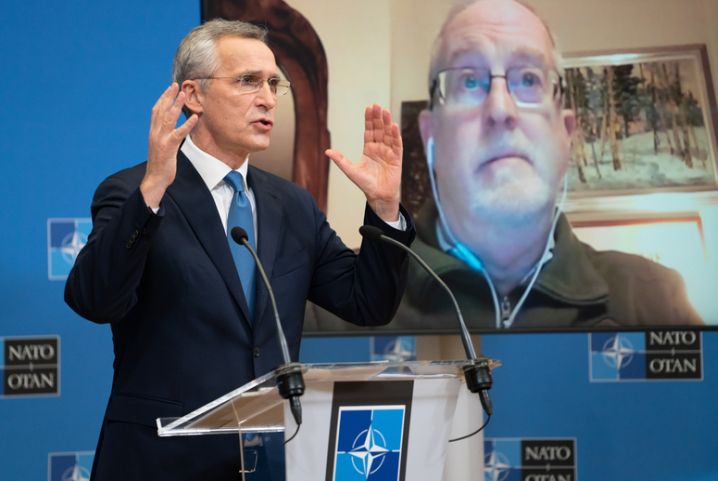 NATO should increase common funding, or at least modify how it is currently used, Stoltenberg proposed to a 17-18 February virtual meeting of allied defence ministers. (NATO)

Those allies who do the most for deterrence should receive some financial support from the fund, he said.

“My proposal is that NATO should cover some of those costs because that will demonstrate stronger commitment to our collective defence, to Article 5, to deterrence and defence. It will incentivise allies to provide more capabilities, for air policing, [NATO’s] battlegroups [in the Baltics], standing naval forces, and it will mean fairer burden-sharing,” he said when asked by Janes to explain the concept during a press conference on 17 February. “We have already agreed to spend more…This is about how we spend the money.”

His idea will form part of a package of reform proposals – including one to update NATO’s strategic concept – to be presented to allied leaders at their next summit in Brussels, tentatively set for early June. Many of those proposals will link to recommendations in Stoltenberg’s NATO 2030 report, released in November 2020 and authored by a group of security experts he hand-picked.

Stoltenberg’s new cost-reimbursement idea threw the allies off guard, however, since he first floated it publicly during a 15 February briefing to reporters prior to the ministers’ meeting. Some allies were not amused.

NATO should increase its common fund, or at least modify how it is currently used, to “incentivise” ...