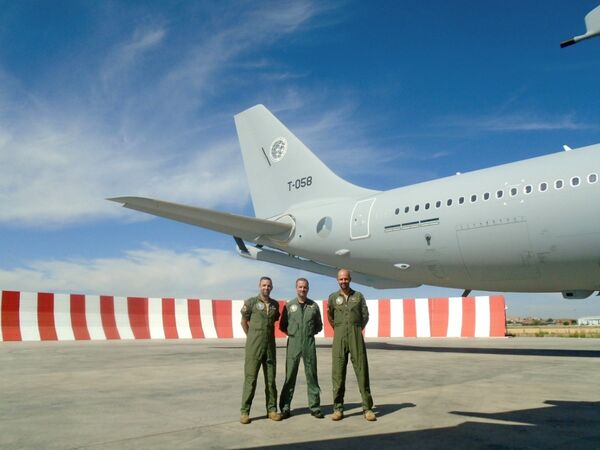 The fifth MRTT aircraft for the multinational MMU seen at Airbus' Getafe facility near Madrid prior to its delivery flight to Eindhoven Airbase in the Netherlands on 31 August. (NATO Support and Procurement Agency)

Aircraft MMF5/T-058 of the Multinational MRTT Fleet (MMF) was delivered to the unit's main operating station at Eindhoven Airbase in the Netherlands, it was announced by the NATO Support and Procurement Agency (NSPA), which manages the fleet on behalf of the MMF nations.

“The delivery of this fifth aircraft represents another successful step in the construction of a fleet ready to provide strategic transport, air-to-air refuelling and medical evacuation capabilities to its six participating nations. With this addition, the programme is halfway to completion, as the full fleet will consist of nine aircraft,” the agency said.

The MMF capability comprises NATO members Belgium, the Czech Republic, Germany, Luxembourg, the Netherlands, and Norway, with the MMU operating unit composed of military personnel from these six participating nations. Six MRTTs will operate from Eindhoven Airbase, with a further three operating from the forward operating base at Cologne-Wahn airbase.

As noted by the NSPA, with aircraft deliveries having begun in June 2020, the MMU is currently mainly operating the aircraft for training purposes, and has started to gradually perform operational tasks.