NATO leaders have thrown down the gauntlet to protect their newest operational domain, warning adversaries that any attacks against allied space assets that threaten the Euro-Atlantic region's security or prosperity will risk triggering Article 5, the 1949 North Atlantic Treaty's mutual defence clause. 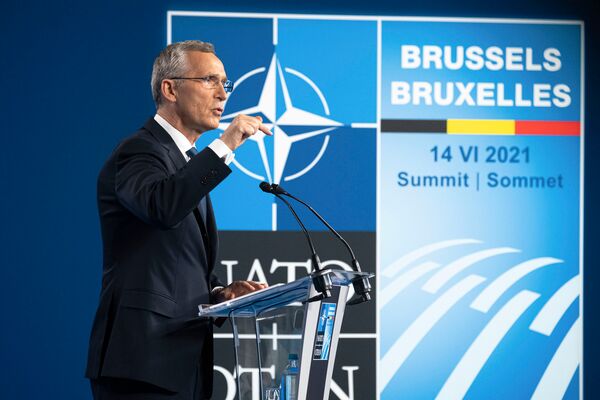 At the press conference after NATO's Brussels summit on 14 June, Secretary General Jens Stoltenberg expressed the alliance's determination “to defend itself in space as effectively as we do in all other domains: land, sea, air, and cyber”. (NATO)

Meeting in Brussels on 14 June, the leaders announced that attacks “to, from, or within” space could be “as harmful to modern societies as a conventional attack”, leading to the article's possible invocation.

As NATO Secretary General Jens Stoltenberg said after the leaders' summit, “NATO is determined to defend itself in space as effectively as we do in all other domains: land, sea, air, and cyber.”

Allied sources said that Article 5's tripwire would extend to all the NATO countries' space assets, whether in orbit or on the ground, whether within or beyond the geography of their collective home territory.

“Could attacks on [space-related] ground infrastructure, including those outside NATO's [home operating] area, count in this respect? Absolutely,” a NATO official told Janes on 16 June. “If the effects are felt within the alliance, it doesn't matter where the attack took place; it is where its effects occur.”

Preventative dissuasion will play a central role, said other sources.

NATO leaders have thrown down the gauntlet to protect their newest operational domain, warning adver...