NATO has begun its latest round of policing of Bulgarian airspace, with six Lockheed Martin F-16 Fighting Falcon combat aircraft of the US Air Force (USAF) flying out of Graf Ignatievo Air Base in the country. 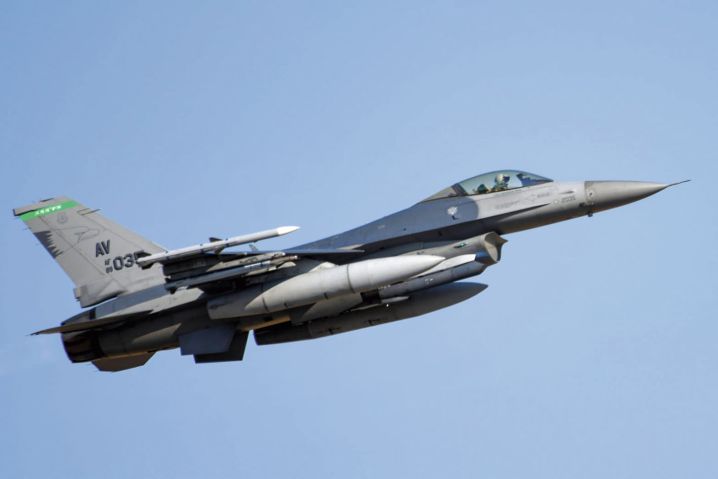 A US Air Force F-16 from the 555th Fighter Squadron seen departing Graf Ignatievo Air Base during recent exercises in Bulgaria, ahead of the relaunch of NATO’s air policing mission in the country. (NATO Allied Air Command/Ericka Woolever)

The recommencement of air patrols on 28 September is part of NATO’s wider enhanced presence in Europe that includes the Baltic and Southern (Bulgaria and Romania) air policing missions that were either strengthened or launched in response to Russia’s invasion of Crimea in 2014. The six F-16s from the USAF’s 555th Fighter Squadron, normally based at Aviano Air Base in Italy, will conduct their mission alongside MiG-29 ‘Fulcrum’ fighters of the Bulgarian Air Force.

NATO has begun its latest round of policing of Bulgarian airspace, with six Lockheed Martin F-16 Fig...