NATO is making significant progress toward its goal of getting member countries to spend at least 2% of their gross domestic product (GDP) on defence by 2024, according to the head of the transatlantic alliance. 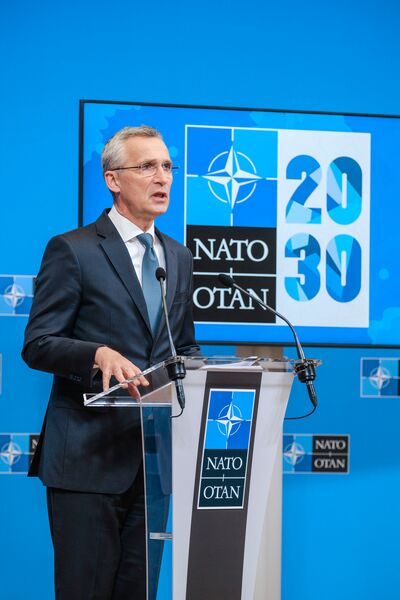 Of NATO's 30 members, 10 are expected to meet the 2% target this year, up from just three in 2014, when the goal was agreed to at the Wales Summit. A majority of those that are not yet at 2% have plans in place to reach the target by 2024.

“The good news is that we are on the right track,” NATO Secretary-General Jens Stoltenberg told the Washington-based Defense Writers Group on 15 June. “Allies are stepping up. Allies take this very seriously.”

While Germany will likely remain shy of 2% it has, nevertheless, boosted its defence spending from 1.19% of GDP in 2014 to 1.53% this year. “That really makes a difference,” Stoltenberg said.

An important message of NATO's 14 June Brussels Summit was that the alliance should continue working toward the 2% goal, he added.

NATO is making significant progress toward its goal of getting member countries to spend at least 2%...