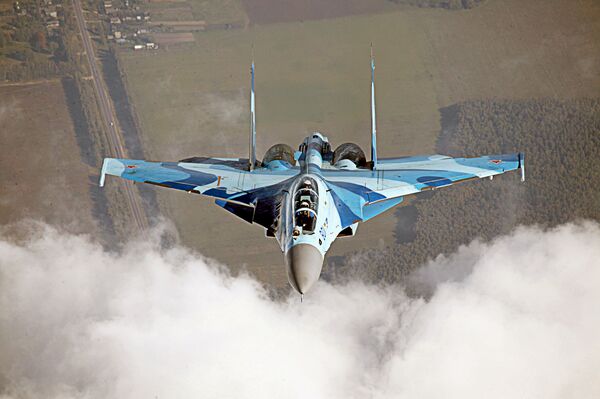 Russia is said to have delivered the first two of six Su-30 multirole fighter jets ordered by Myanmar. (Irkut Corporation)

The Irrawaddy news website reported that these deliveries were made in March 2022 but undisclosed until recently.

Moscow is also said to have sent several trainers and technicians to assist the Myanmar Air Force during the warranty period. The Irrawaddy cited the source of the information as being “former Myanmar Air Force officers who joined the anti-coup movement” in 2021.

According to Janes data, most of the Myanmar Air Force's combat assets are located near primary areas of operation, especially near the country's borders. However, the two new Su-30s are said to have been deployed at Nay Pyi Taw International Airport, in central Myanmar. The aircraft are said to be kept in a hangar at the airport.

Russian pilots and technicians are said to be working in Myanmar until the expiration of the warranty period.

Russia agreed to sell the six aircraft in January 2018, following a visit by Defence Minister Sergei Shoigu to Myanmar, according to information by the Russian state-owned news agency, TASS.

In a statement at the time, Russia's Deputy Defence Minister Lieutenant General Alexander Fomin said that the Su-30s “will become the main fighter aircraft of Myanmar's air force to protect the country's territorial integrity and repel any terror threats”.