The Myanmar Navy – Tamadaw Yay – has publicly displayed its lone submarine at its ongoing Fleet Exercise 2020 (Exercise ‘Bandoola’), which kicked off on 15 October.

The highlight of the exercise, which featured at least 12 naval vessels, was the Project 877 EKM submarine UMS Minye Theinkhathu ( Min ye Thein Kha Thu ), which was formerly the Indian submarine INS Sindhuvir . 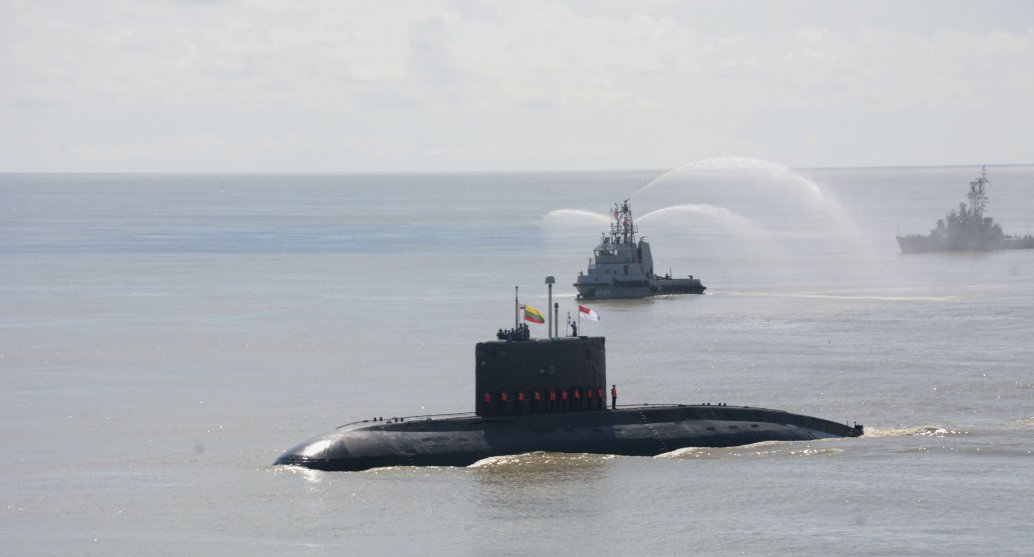 As imagery of the submarine was released by the Tatmadaw on 15 October 2020, the Indian Ministry of External Affairs (MEA) made an official announcement regarding the submarine transfer.

MEA spokesperson Anurg Srivastava said that India “will be delivering a Kilo class submarine, INS Sindhuvir , to the Myanmar navy” as part of India’s “enhanced engagement” with Myanmar, adding that this development is in accordance with India’s vision of SAGAR (Security and Growth for All in the Region) and also in line with our commitment to build capacities and self-reliance in all our neighbouring countries.

India is keen to counter Chinese influence in neighbouring countries. In the security domain, India's neighbours, such as Myanmar, benefit handsomely from arms deals on very favourable terms and lines of credit from both countries as India tries to vie with China for influence.

However, the MEA announcement trails the actual transfer, which is understood to have taken place in February 2020 when imagery emerged of Sindhuvir

The Myanmar Navy – Tamadaw Yay – has publicly displayed its lone submarine at its ongoing Fleet Exer...