Mosaic warfare: the march towards interconnectivity 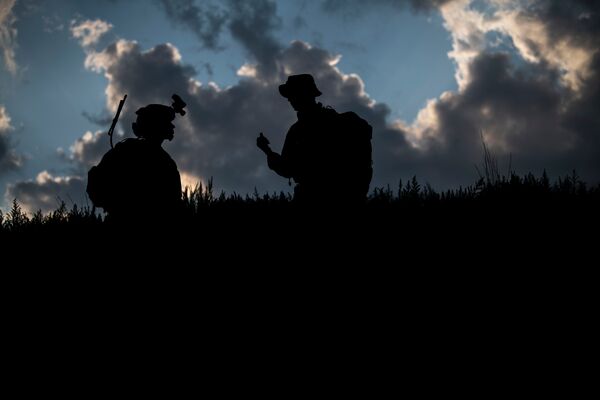 Warfighters conduct reconnaissance training in August in preparation for JADC2 operations. This US JADC2 concept intends to build an IoMT by connecting sensors across all forces into a collaborative network that will be interoperable with allies. (US Air Force/Katie DuBois-Tamesis)

Information and data-sharing networks have changed the landscape of defence operations. Great-power actors have been investing in technology that enables high-speed connectivity between a growing number of warfighters, networks, and autonomous or manned machines that can interact in a highly complex and increasingly unpredictable battle environment.

At the same time there is an emerging drive to link a growing number of sensors, mobile land platforms, aircraft, mission systems, unmanned systems, man-portable devices, human-wearable devices, weapons, munitions, software, and other technology to become a single information network. The overall objective is to create a dynamic and adaptive matrix that enables real-time, actionable, and predictive analytics for decision making, command and control (C2), and other in-theatre capabilities.

The end goal is to shift warfighting from linear decision making to a web of actionable outcomes to deny, deter, and defeat adversaries. The US Defense Advanced Research Projects Agency (DARPA) calls this a shift to ‘mosaic warfare' as traditional asymmetric technologies, such as bespoke satellites, stealth aircraft, and precision munitions, offer reduced strategic value in modern warfare due to growing global access to commercially available advanced technology and components.

This mosaic warfare concept is intended to move beyond individual system designs and unique interoperability standards to develop processes and tools dependent on trusted connections between known entities that offer limitless possibilities for creating effects at the tactical, operational, and strategic decision-making levels.

Information and data-sharing networks have changed the landscape of defence operations. Great-power ...