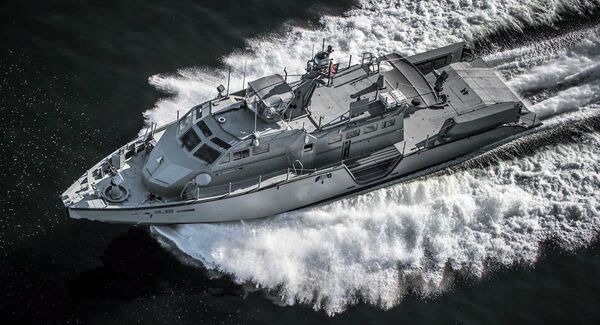 The US State Department in June 2020 approved a Foreign Military Sales case for the supply of up to 16 MK VI patrol boats and associated equipment to Ukraine. “The proposed sale will improve Ukraine's capability to meet current and future threats by providing a modern, fast, short-range vessel ... to better defend its territorial waters and protect other maritime interests,” said the Defense Security Cooperation Agency in a statement issued at the time.

SAFE Boats International was awarded a USD20 million contract by NAVSEA in December 2020 for long lead time material and associated pre-production and planning support for an initial two MK VI patrol boats for Ukraine. The new award announced at the end of September funds detail design, construction, outfitting, reactivation, and training for six MK VI craft, plus the option for two more units.

Fiscal Year (FY) 2020 BPC funds using Ukraine Security Assistance Funding to the amount of USD43.7 million and FY 2021 FMF (Ukraine) funds to the amount of USD40.5 million have been obligated at the time of award. Work is expected to complete in March 2025; the completion date will be extended to March 2026 if the contract options are exercised.

Plans to rebuild Ukraine's naval capability have taken a further step forward after US company SAFE ...