The air defence system that shot down Ukraine International Airlines Flight 752 (PS752) on 8 January was misaligned by 107°, according to an initial report into the accident by the Iranian Civil Aviation Authority (CAO). 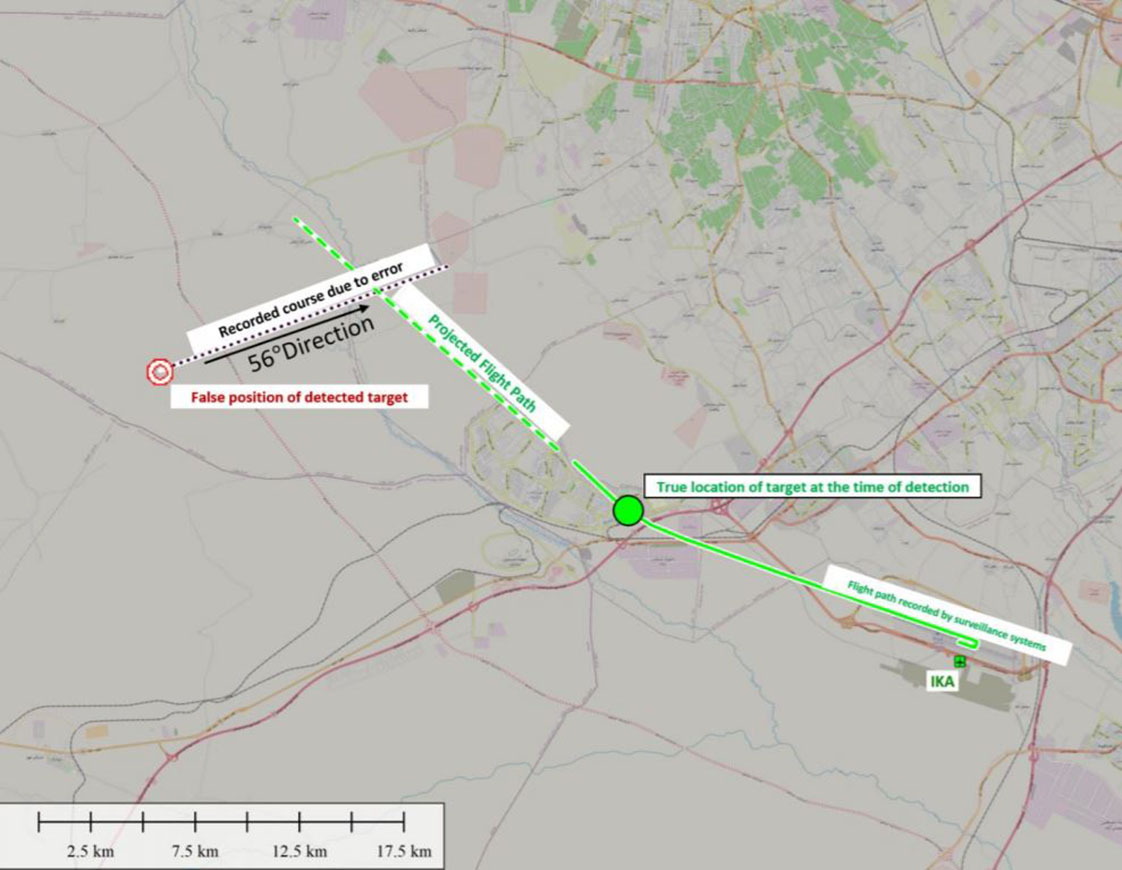 A map from the CAO shows PS752’s flightpath and the direction that the Tor-M1 believed it was approaching from because it was misaligned by 107°. The map gives the false bearing of the airliner as 56°at the time of detection while the report said it was 52°. (Iranian Civil Aviation Authority )

Released on 11 July, the report did not identify the air defence system, but the CAO has previously stated that it was one of the tracked Tor-M1s operated by the Islamic Revolution Guards Corps (IRGC).

The report said that the system’s crew failed to realign with north when they relocated in the Tehran area. This human error “initiated a hazard chain” as the crew believed PS752 was approaching from 52° (approximately southwest), not from Imam Khomeini International Airport to the southeast.

The Tor-M1 attempted to inform the Air Defence Coordination Centre (ADCC) of the possible threat within 30 seconds of detecting it. However, “the recorded information indicates” that the ADCC did not receive this notification, the CAO report said.

If it had, the ADCC may have realised the Tor-M1’s alignment error, as it had cleared the Ukrainian flight for take-off four minutes earlier. The CAO report did not explain the reason for this communication failure.

Having received no response from the ADCC, the Tor-M1 independently and incorrectly assessed it to be a threat and fired a missile. The CAO said that this had violated the standing order to hold fire unless authorised to engage by the ADCC.

The Organisation for Security and Co-operation in Europe (OSCE) reported on 17 February that it had ...