US shipbuilder Metal Shark announced on 25 January that it was selected to develop and implement the Long Range Unmanned Surface Vessel (LRUSV) system under an Other Transaction Authority (OTA) agreement with the US Marine Corps’ (USMC’s) Marine Corps System Command (MCSC).

The company will design, build, test, and handle the integration of the autonomy system and a command-and-control (C2) software suite. Spatial Integrated Systems (SIS), which was recently acquired by Huntington Ingalls Industries, will provide the autonomy solutions for the LRUSV system. 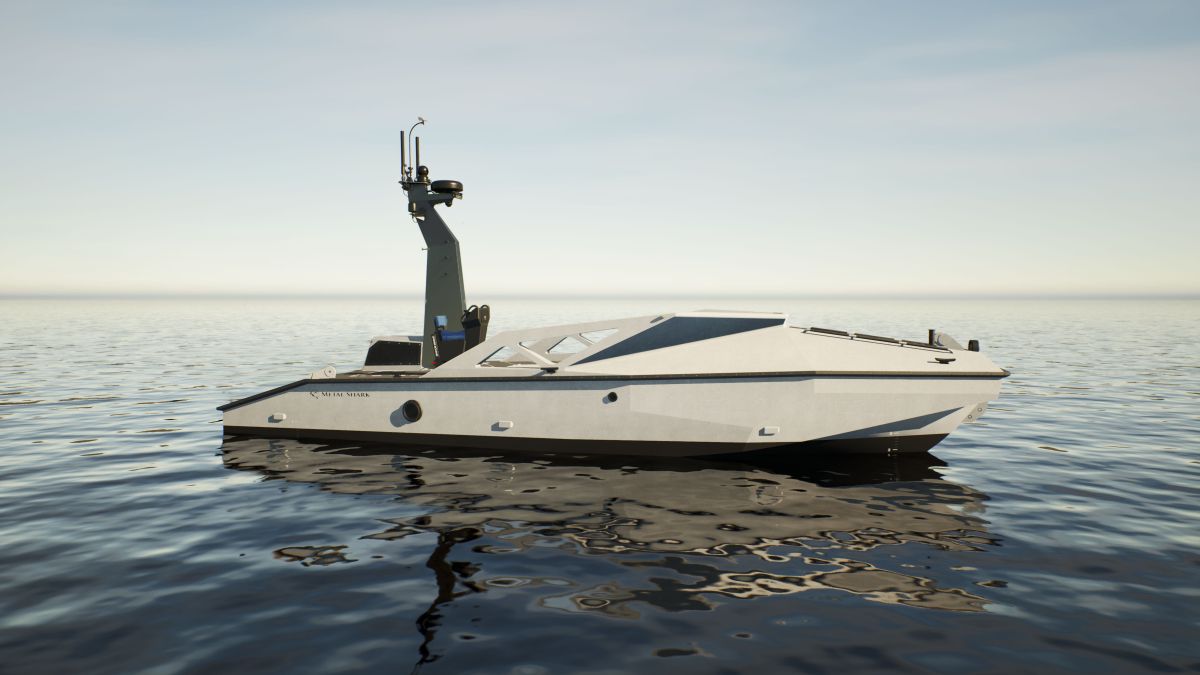 Concept art of the LRUSV being developed by Metal Shark. (Metal Shark)

It will also produce manned support vessels – based on its 40 Defiant patrol craft – for the LRUSV programme, along with the associated programme management, system engineering, configuration management, quality assurance, logistical support, and development of technical publications and manuals.

According to the Department of Defense’s (DoD’s) requirement, the LRUSV is expected to be 10.7 m to 11.7 m long and primarily function as a fires platform in support of USMC operations. The system will have the ability to be optionally manned during launch and recovery, and will be able to operate beyond line of sight. The DoD also stated that the autonomy engine should enable at least five LRUSVs to perform collaborative operations.

Metal Shark was one of the 40 vendors awarded an Indefinite Delivery Indefinite Quantity (IDIQ) contract by Naval Sea Systems Command (NAVSEA) in February 2020 to support the broader US Navy (USN) USV Family of Systems effort.

US shipbuilder Metal Shark announced on 25 January that it was selected to develop and implement the...