The EU Training Mission in the Central African Republic (EUTM-RCA) has failed to sufficiently boost the country’s security despite five years of effort, according to Members of the European Parliament (MEPs) who said its overly restrictive mandate needs revising to allow mentoring of Central African Armed Forces (FACA) personnel on the frontlines. 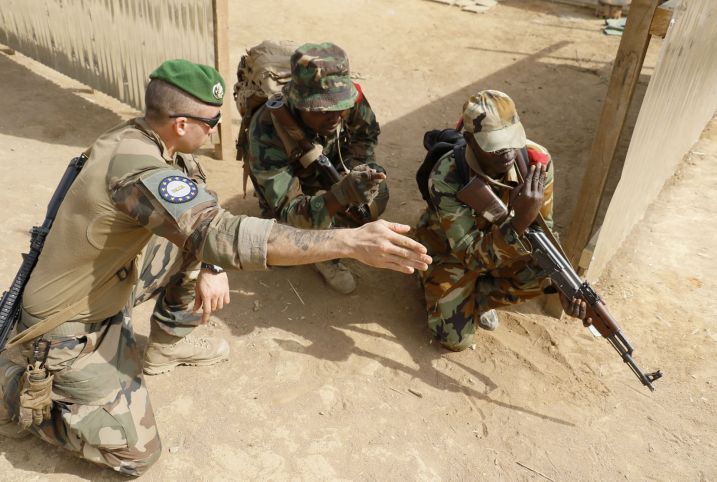 Despite five-years of training by EUTM-RCA and a separate Russian effort, the FACA has struggled to contain a surge in violence in recent months. (European Training Mission in the Central African Republic)

“The EU has trained thousands of FACA soldiers who are not capable of fighting because the mission’s training mandate is not appropriate,” Spanish MEP Nart Javier declared during a virtual hearing on the Central African Republic’s (CAR’s) security hosted by the European Parliament’s Foreign Affairs Committee and Sub-committee on Security and Defence (SEDE) on 24 February.

“We make the policy here in Brussels but it is Bangui that sees the deaths. If we are going to do military training in Africa, then we should do it realistically and effectively,” he declared.

Tomat Stefano, who oversees the EU’s integrated approach to security and peace in Africa for the European External Action Service admitted some changes are needed such as “new” monitoring of how trained soldiers are deployed. However, he also defended EUTM-RCA as enabling the government to hold out, “at least in some parts of the country”, against the CAR’s numerous militia groups.

“The CAR has suffered setbacks [from rebel attacks] in recent months and we are still in a very fragile situation,” Stefano said. “We do need to start drawing some lessons, though.”

The EU Training Mission in the Central African Republic (EUTM-RCA) has failed to sufficiently boost ...

EU foreign ministers agreed on 12 July a new military training mission in Mozambique before the end ...

Russian personnel are taking an active part in combat operations in the Central African Republic (CA...