Israeli electro-optical manufacturer Meprolight revealed its new Mepro O2 red-dot sight during a virtual press conference on 16 February, saying it is now available for all customers outside the United States. 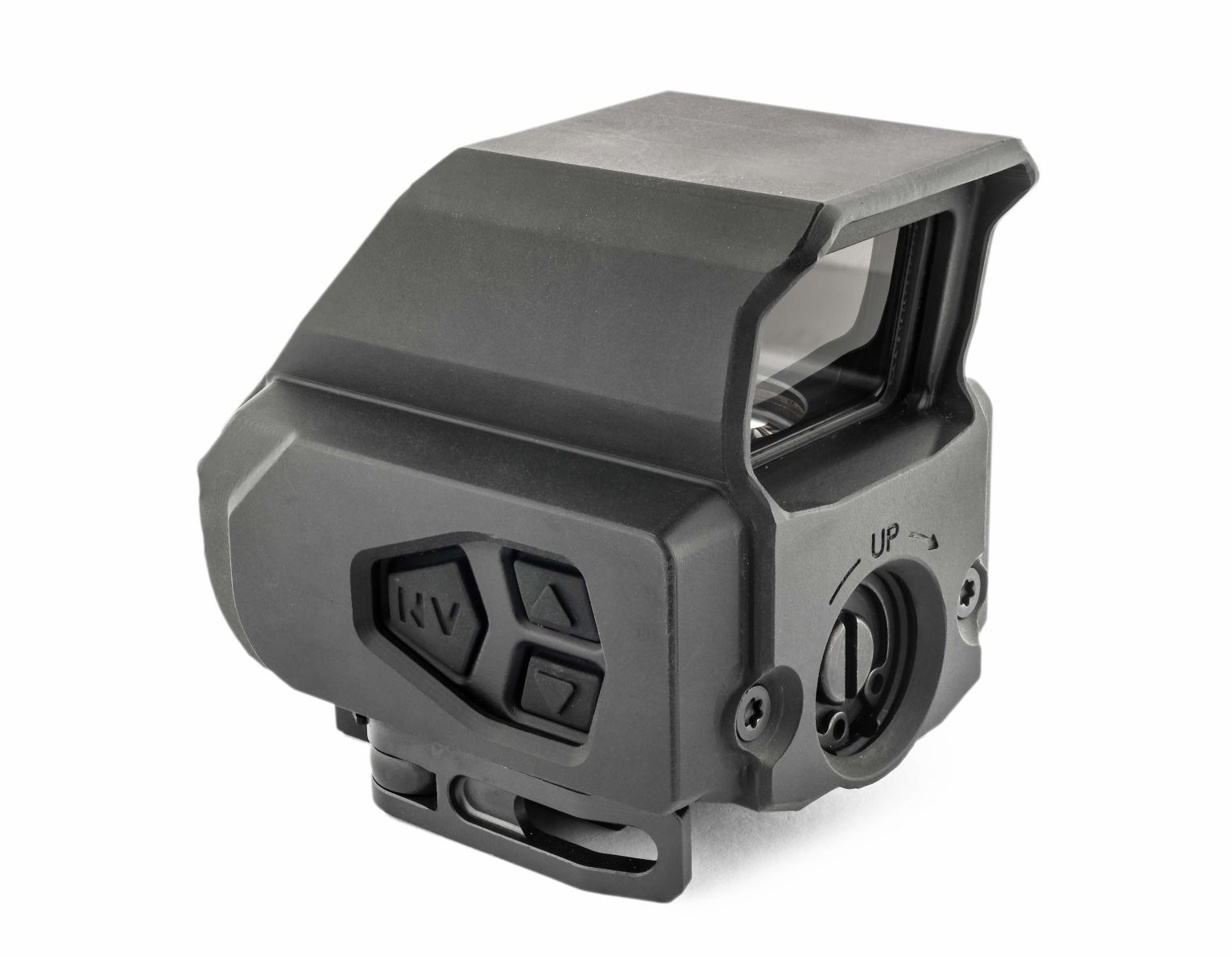 Designed with input from both Israeli and other special forces units, the Mepro O2’s standout feature is that it has a multi-pattern reticle that the user can cycle through as required. Four patterns are currently available: a chevron, dots, and dots with horizontal stadia lines. Meprolight said it is open to developing new patterns for specific customer requirements.

Each pattern acts as bullet drop compensator (BDC) and, once the optic is zeroed in, the user can switch to the desired pattern without having to re-zero the sight.

The company said that, initially, Mepro 02 models will be compatible with 5.56 mm, 7.62 mm, and .300 Blackout weapons. Available in either red or green illumination, the sight is compatible with night-vision devices and emits no light signature of its own.

Built to comply with the MIL-STD 810G standard, it features a 25×20 mm lens that supports shooting with both eyes open. Weighing under 285 g, the sight is lighter and more compact than Meprolight’s previous flagship, the Mepro M5.

The company says its CR123 battery gives it a 15,000 hour lifespan on medium brightness settings. In addition to eight day and four night settings, the sight has a built-in light sensor that can adjust the reticle brightness automatically for optimal battery life.

It is also constructed out of large subassemblies that can be changed easily, allowing end-users to conduct their own maintenance.