The MDA CubeSats were launched into orbit in late June aboard a LauncherOne rocket developed by Virgin Orbit subsidiary VOX Space, LLC, according to an MDA statement on the operation. The launch was conducted as part of the CubeSat Networked Communications Experiment (CNCE) Block 1 programme, under the agency's Nanosat Testbed Initiative (NTI). The pair of CubeSats are expected to remain on orbit for 90 days, which could be extended to a full year pending the results of the ongoing experimentation.

The NTI is designed to leverage “small, low-cost satellites to demonstrate networked radio communications between nanosatellites while in orbit”, agency officials said in the statement. “Transmitting data between interceptors, sensors, and communication systems is critical to a missile defence architecture that must quickly identify, track, and destroy incoming enemy missiles before they reach their targets,” they added.

Nanosatellites generally refer to a family of satellites approximately four to eight inches in width and diameter, four to 13 inches in length, and weighing from two to 22 pounds. CubeSats are a type of nanosatellite. 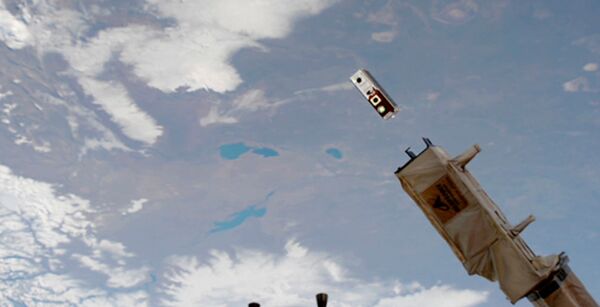 The recent launch of small satellite platforms by the Pentagon's Missile Defense Agency (MDA) and Sp...

The policy underpinnings for the United States Department of Defense’s Joint All-Domain Command and ...

The US Army is soliciting industry proposals to develop new cryptographic technologies, designed to ...
Request Consultation