The US Missile Defense Agency (MDA) on 28 January released a pre-solicitation notice – in the form of a draft request for prototype proposal (DRPP) and system requirements document (SRD) – for a Hypersonic Defense Regional Glide Phase Weapon System (RGPWS) prototype development programme. The DRPP/SRD release follows the publication in mid-December 2019 of a sources sought notification for the same programme.

According to the MDA, “competitive procedures will be used to enter into one or more agreements(s) leading to the design, development, and demonstration of a Prototype Weapon.” In support of the DRPP – which the MDA said “is being provided to initiate dialogue on the RGPWS requirement” – the agency noted that it intends to issue a classified technical data library containing items such as the system requirements document (SRD), threat data, trajectories, and other technical data.

A draft timeline issued in the same release, provides for Industry Day one-to-one sessions for 4–8 February, responses to the DRPP by 11 February, following which the agency expects to release a final request for prototype proposal in early April. No further detail has been publicly disclosed on the RGPWS requirement.

The RGPWS programme is intended to complement another MDA hypersonic defence initiative – designated the Hypersonic Defense Weapon System (HDWS). The agency selected 21 proposals from industry in September 2018 for concept definition studies, from which it subsequently selected five concepts in late August and early September 2019 for a nine-month concept-refinement phase. Those selected proposals included four kinetic concepts: two from Lockheed Martin (Valkyrie and Dart), one from Raytheon (SM-3 Hawk) and one from Boeing (Hypervelocity Interceptor – HYVINT) and another Raytheon proposal based on a directed-energy system. 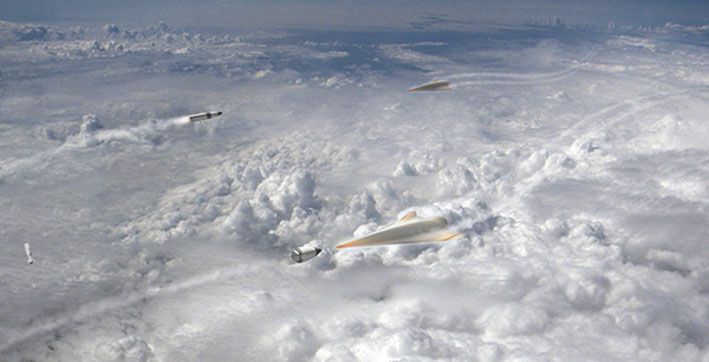 The US Missile Defense Agency (MDA) on 28 January released a pre-solicitation notice – in the form o...