MBDA has, according to CEO Eric Béranger, started a “busy” 2021 following on from significant orders in 2020 within Europe. These included a weapons package for Greece’s fleet of Dassault Rafale aircraft, a production order for the SPEAR missile for the UK’s Royal Air Force and an upgrade for the Brimstone 3 missile, an Aster mid-life refurbishment for France and the commissioning of the development of the new MHT combat missile for the Tiger helicopter, Italy winning a contract for the new Teseo MK2/E anti-ship missile, and the contract (with Rheinmetall as co-contractor) for a new high-energy laser demonstrator for German Navy. 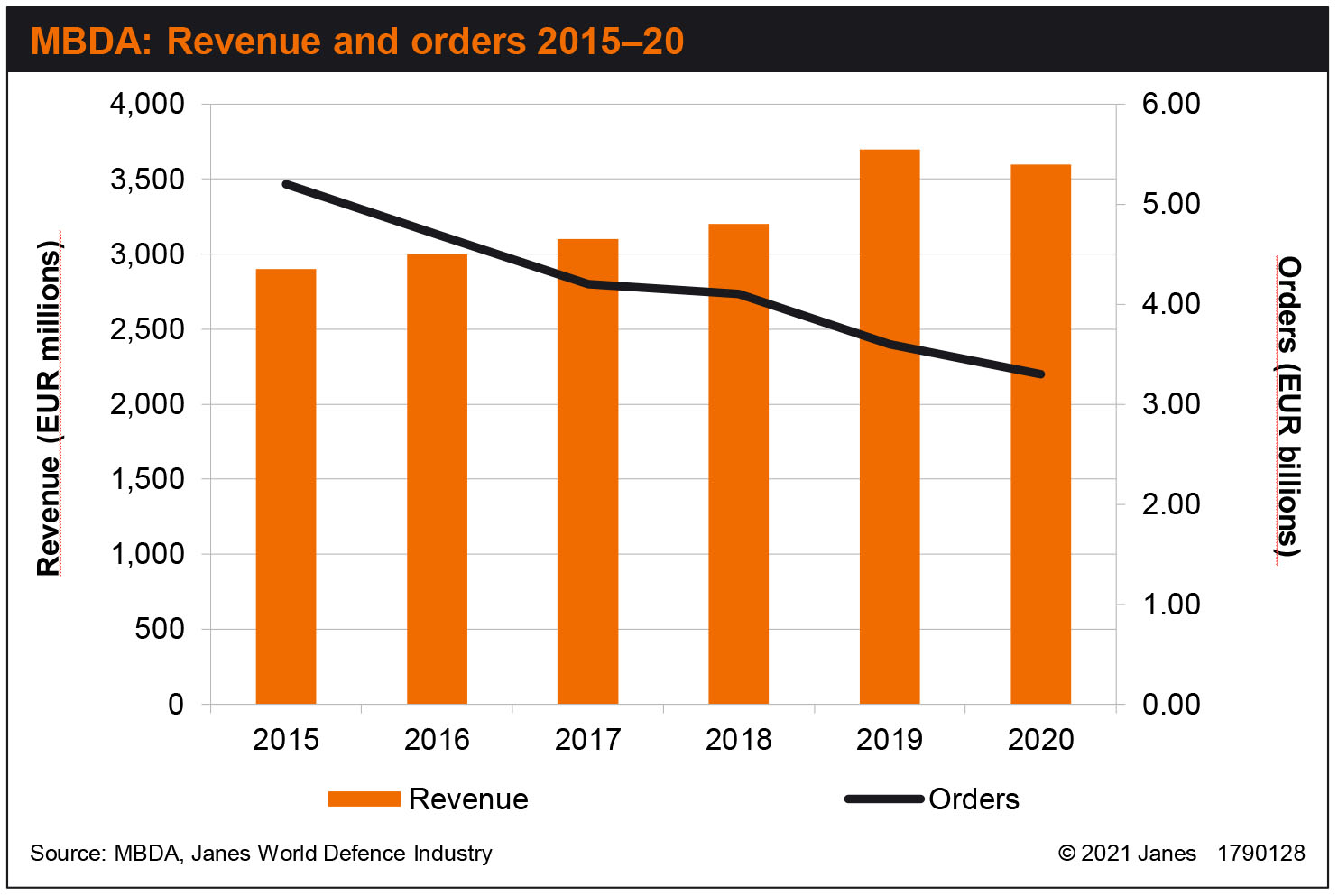 Commenting on the wider global outlook, Béranger said that the Covid-19 pandemic is “constraining and disturbing a lot of operations around the world”, but noted that global tensions are not diminishing.

Béranger added that the company had been working closely with its supply chain during the pandemic, “making sure we were supporting those who faced the harshest difficulties”.