An MBDA Storm Shadow or SCALP cruise missile appears to have failed to reach its target in northern Iraq. 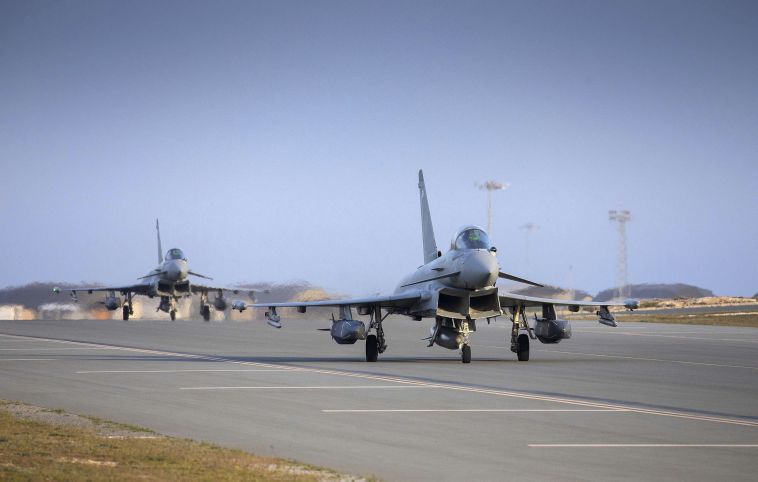 RAF Typhoons loaded with Storm Shadow cruise missiles take off from RAF Akrotiri in Cyprus to carry out a strike against Islamic State cave complexes in northern Iraq on 10 March. (Crown Copyright)

Photographs were published by an Iraqi news website on 22 March showing wreckage that was found in the Hammam al-Alil district, south of Mosul. Although identified by an Iraqi security source as an unmanned aerial vehicle, it was clearly powered by a turbojet engine that could be identified as the Turbomeca Microturbo TRI 60 used in the Storm Shadow and its French SCALP counterpart.

The wings and control surfaces seen in the wreckage also conformed with the Storm Shadow/SCALP.

It said Storm Shadows were “selected as the most appropriate weapon for the task” and that the “weapons were confirmed to have struck their targets precisely”.

The town of Makhmur sits close to a pass through a mountain ridge about 50 km southeast of Hammam al-Alil so the location of the missile wreckage seems consistent with a weapon that was launched by an aircraft that took off from the RAF base on Cyprus and flew along the Syrian-Turkish border to carry out the strike.

An MBDA Storm Shadow or SCALP cruise missile appears to have failed to reach its target in northern ...