Marshall Aerospace and Defence Group (MADG) has delivered back to the US Marine Corps (USMC) the first Lockheed Martin KC-130J Hercules tanker-transport aircraft it was contracted to support under a 10-year deal signed in late 2020. 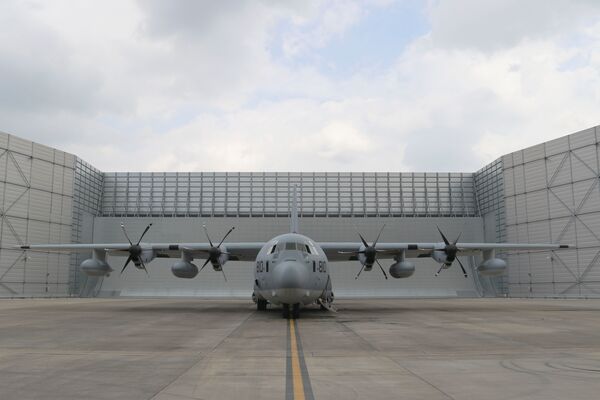 The Cambridge, United Kingdom-based maintenance, repair and overhaul (MRO) provider announced on 5 July that the KC-130J tanker had been returned to the Marine Aerial Refueler Transport Squadron 252 (VMGR-252), based at Marine Corps Air Station (MCAS) Cherry Point in North Carolina.

Delivery of the first KC-130J following planned maintenance comes some nine months after MADG was contracted to provide depot-level maintenance to the USMC's fleet of 66 KC-130Js, in support of Naval Air Systems Command's Tactical Airlift Program Office (PMA-207). MADG has not disclosed a contract value, except to say that it is a “multi-million dollar” deal.

As previously noted by MADG, the USMC contract builds on more than 50 years of supporting UK Royal Air Force (RAF) C-130K and C-130J fleets, as well as those of 16 other international C-130 operators. MADG currently employs more than 1,600 people across locations in Cambridge, Brize Norton, and North Yorkshire in the UK; the Netherlands; the United Arab Emirates; and Canada.

Marshall Aerospace and Defence Group (MADG) has delivered back to the US Marine Corps (USMC) the fir...