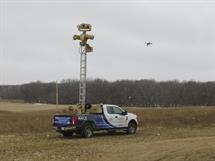 Janes forecasts Japan to have the largest market forecast for military aviation in East Asia over the next 10 years – hitting aroundUSD70 billion . Japan’s F-35 programme stands out, with 42 F-35A under order out of the 105 planned F-35A aircraft. Japan also plans to have 42 F-35Bs to operate from its ships. Janes Markets Forecast notes that USD15.27 billion in Stated opportunities account for additional F-35A/B orders; four new KC-46A tankers; the upgrade of 98 F-15J combat aircraft to the new Japanese Super Interceptor (JSI) configuration worth USD4.5 billion; a new fleet of attack helicopters; the development of a stand-off electronic warfare aircraft, among others; with USD1.65 billion in derived opportunities accounting for potential new fixed-wing training capabilities and life-extension and upgrade programmes for Army helicopters, among others.

South Korea’s market comes in second-highest for the region in Janes Markets Forecast, with USD10.17 billion in stated opportunities accounting for planned upgrades to the CH-47D transport helicopter fleet of the Army and Air Force; mid-life upgrades for the Super Lynx 100 naval helicopter; stated requirements for upgrades on the RoKAF F-15k fighter aircraft; procurement of 12 Maritime Operation Helicopters (MOH) for the ROK Navy and about 24 new marine attack helicopters for the RoK Marines; as well as potential additional orders for the F-35 JSF aircraft, and procurement of up to 8 ISTAR aircraft as part of its Joint Surveillance and Target Attack Radar System (JSTARS) requirement. USD3.47 billion in Derived opportunities include replacement of ageing light/medium/heavy transport helicopters mainly for the Navy and the Army; as well as opportunities for new attack helicopters, Maritime Patrol aircraft and Tactical transport aircraft to expand existing capabilities.

Singapore will start receiving the first of 10 CH-47F in 2020, replacing the old CH-47D, while upgrades to 60 F-16 C/D to Block 52 will complete in 2023 for a total programme value of USD914 million. In January 2020, Singapore formally requested a first batch of 12 F-35Bs for its Air Force, for a potential programme value of around USD2.75 billion. Janes forecasts USD1.7 billion in derived opportunities, which include long-term replacement of ageing AH-64D attack helicopters and CH-47SD heavy transport helicopters. However, both of these could be postponed into the 2030s if service life extension programme for the existing platforms are approved. Singapore may also look to replace its ageing C-130 fleet with new tactical/strategic transport aircraft. A likely yet unstated requirement exists for the replacement of the ageing F.50 MPA aircraft (retiring in the 2020s), with the new maritime patrol aircraft.

Janes is the only frequently updated, verified, bottom up forecast service that gives the most comprehensive detail on opportunity, market size and competitor activity. Janes derived opportunities represent our analyst’s anticipation of requirement prior to a customer’s announcement. These estimates can be based on ageing inventory, R&D investments, compatibility requirements, market trends, geo-political issues that may reasonably create a requirement that the customer may not currently foresee or acknowledge. Awarded opportunities data enables you to quickly view the top established platforms and suppliers within your chosen market.

Janes will continue to monitor how COVID-19 affects our forecasts across all of our markets, with monthly updates to ensure our customers are kept up-to-date with the very latest adjustments.

The latest analysis from Janes Markets Forecast predicts the market for military aviation in East As...

Kelvin Wong, unmanned systems editor has confirmed the use of the Chinese-made CH-3A tactical UAV in...

On 16 March 2021, the UK released its long-awaited Integrated Review of Security, Defence, Developme...