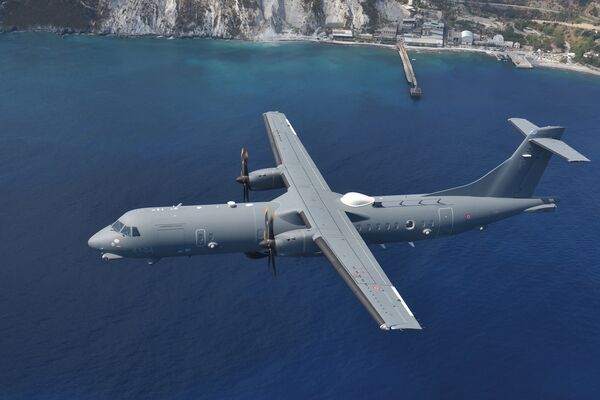 Malaysia will soon award a contract for two ATR 72MP units to Leonardo for its maritime patrol requirements. (Leonardo)

The Malaysian government has finalised a tender to procure two maritime patrol aircraft (MPA) for the country's air force and will soon award a contract for this programme to Leonardo.

The matter was disclosed by the country's Defence Minister, Hishammuddin Hussein, via an official social media channel on 9 October. The disclosure came two days after the country tabled its defence budget for 2023, which has increased by about 7.8% from the previous year.

“The government has agreed with the offer made by Leonardo [for the MPA programme]. And for the procurement of three [medium-altitude long-endurance unmanned aircraft system], the government has decided to issue a contract for this to Turkish Aerospace Industries,” said the minister.

“The Ministry of Defence (MoD) is in the final process of issuing notices of acceptance once all terms, clauses, and specifications are agreed upon by the government and the vendors,” he added.

Hishammuddin made no mention of the aircraft types in his social media posts but Leonardo has proposed its ATR 72MP twin-turboprop aircraft for Malaysia's requirements. The Malaysian MoD issued a tender notice seeking two MPA for the Royal Malaysian Air Force (RMAF) in August 2020.

Speaking to Janes at the Singapore Airshow 2022 in February, Leonardo described the ATR 72MP as a low-life-cycle cost, high-availability maritime patrol platform that can also be configured for anti-submarine warfare (ASW), anti-surface warfare (ASuW), and electronic intelligence (ELINT) missions.

The Malaysian government has finalised a tender to procure two maritime patrol aircraft (MPA) for th...