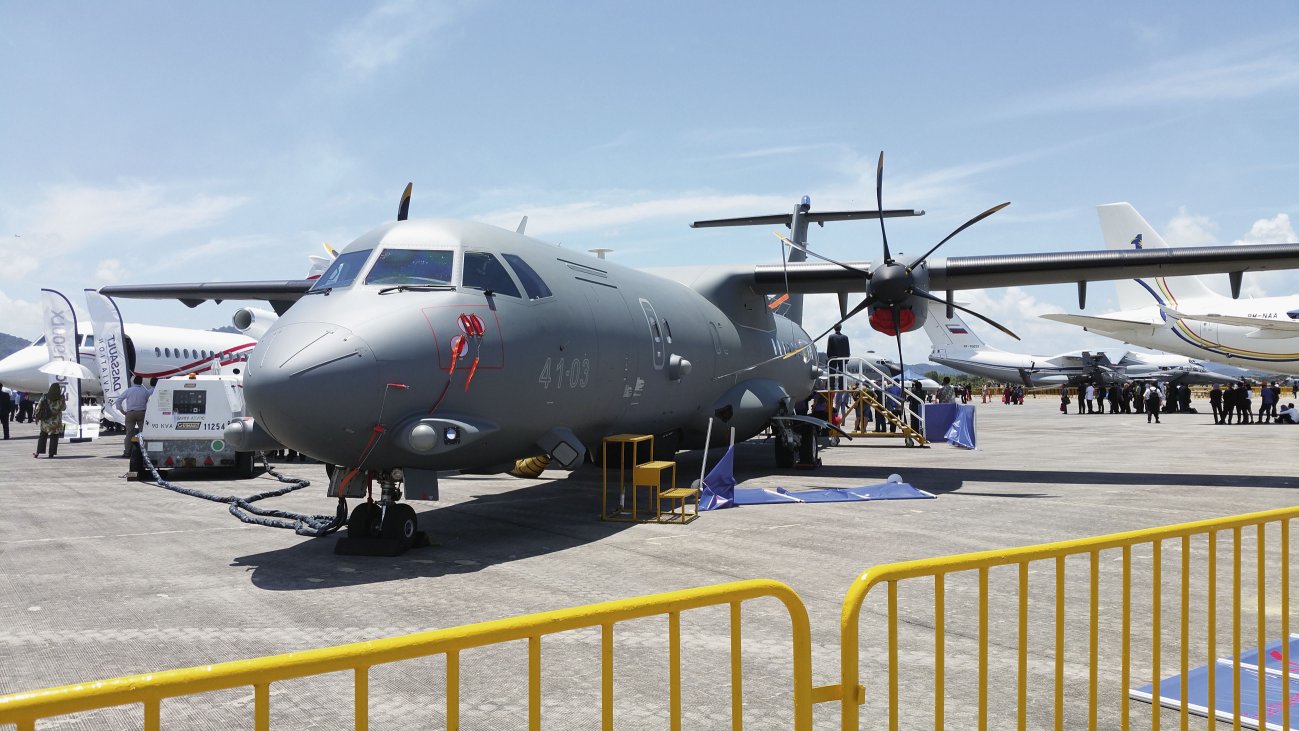 Leonardo’s ATR 72MP, seen here at LIMA 2017 in Langkawi. It is one of several aircraft types studied for Malaysia’s maritime patrol requirements, according to a senior RMAF official. (Janes/Ridzwan Rahmat)

The notice was issued via a notice published in the country’s daily newspapers, Berita Harian and the New Straits Times on 25 August. It was also sent to the embassies of selected countries on the day after.

The RMAF currently operates a fleet of three ageing Beechcraft King Air B200T surveillance aircraft to monitor the country’s maritime territories. The fleet size of this aircraft type was originally four-strong, but a single airframe was lost in a 2016 crash that claimed the life of a crew member.

Malaysia has been actively studying options for new MPAs since at least 2017. During his presentation at a maritime security conference in Singapore in December 2017, the RMAF’s then Head of Staff for Air Region 1 Headquarters, Brigadier General Yazid Bin Arshad, showed a title slide with images of aircraft types that the service has shortlisted for its requirements.

He stopped short of naming them, but among the aircraft types depicted on the slide include the Airbus CN295, the ATR 72MP from Leonardo, and the CN-235, which could possibly be supplied by Indonesia’s PT Dirgantara Indonesia.

The US Department of Defense (DoD) is requesting USD52.4 billion for aircraft and related systems in...

AFSOC looks at Armed Overwatch demonstration in near term

The head of US Air Force Special Operations Command (AFSOC) expects a flying demonstration for Armed...

The Philippine Air Force (PAF) displayed a number of its recently acquired aerial assets during a vi...