United Aircraft Corporation subsidiary Russian Aircraft Corporation (RAC) MiG has developed an export-oriented variant of its Mikoyan-Gurevich MiG-35 multirole combat aircraft (MCA), which was unveiled at the MAKS 2019 aerospace show held in Zhukovskiy close to Moscow from 27 August to 1 September. 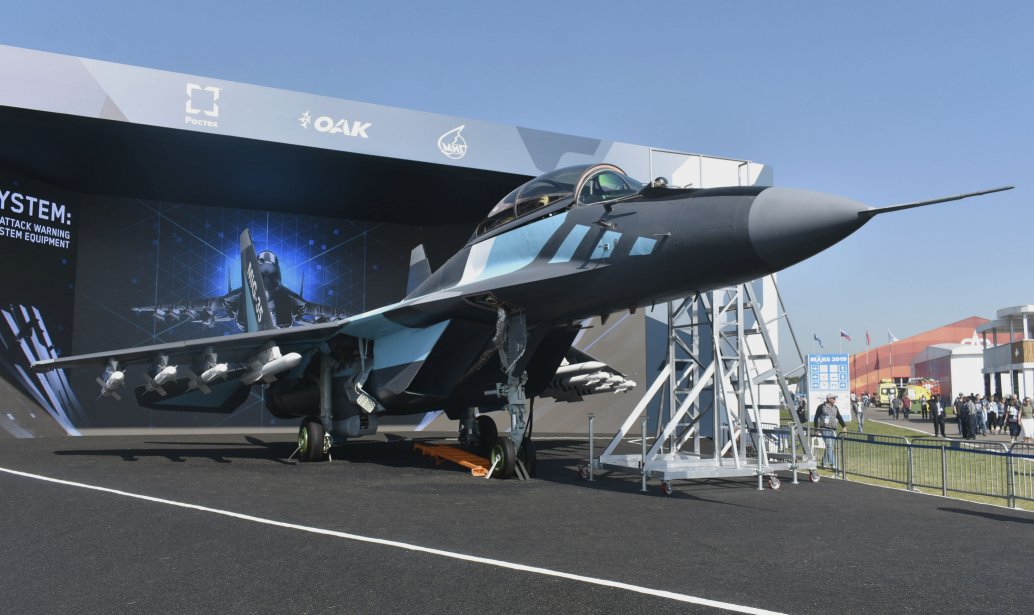 An RAC MiG spokesperson told Jane’s that the MiG-35 export version is a 4++ generation MCA “made using some fifth-generation aircraft technologies”. The platform has been fitted with a nose-mounted radar with an active electronically scanned array (AESA), as well as an electro-optical search-and-track system installed under the fuselage for employment against land targets.

The upgraded MiG-35 has a maximum take-off weight of 24,500 kg and is powered by two 9,000 hp RD-33MK afterburning jet engines, producing a top speed of 2,100 km/h and a service ceiling of 16,000 m. “The platform also features a modular design, allowing integration of new electronic subsystems, including of foreign origin,” said the RAC MiG representative. Installation of a PAZ-MK refueling pod allows the modernised platform to be employed as a tactical aerial tanker.

Israel's Elbit Systems announced on 21 October that it had signed an agreement to sell its 84.98% st...

Korean Air and Boeing subsidiary Insitu have signed a memorandum of understanding (MOU) to develop a...
Request Consultation