The first of 12 Sierra Nevada Corporation (SNC)-Embraer A-29 Super Tucano light-attack turboprops for Nigeria made its maiden flight at the Florida production facility on 17 April. 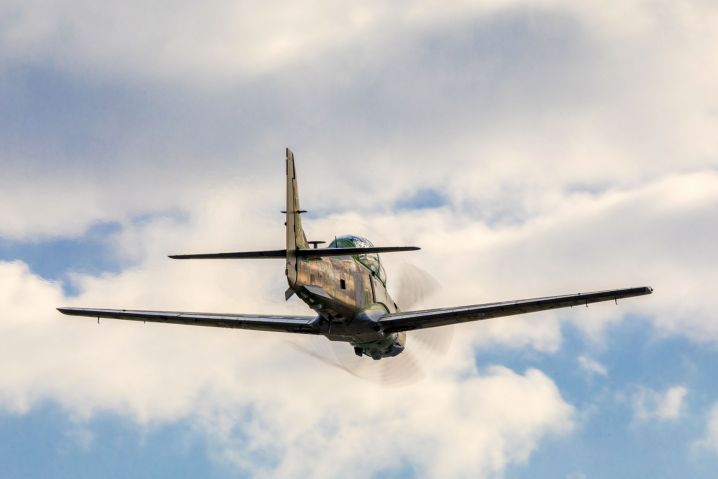 The first of 12 Super Tucanos for Nigeria climbs out of SNC’s production facility in Florida on its maiden flight. Deliveries to the Nigerian Air Force will commence in 2021. (Embraer)

With the successful first flight completed, the aircraft will now be fitted with its mission systems by SNC in Colorado ahead of final trials and the commencement of deliveries to the Nigerian Air Force (NAF) in 2021.

The milestone comes about 30 months after the US Department of Defense (DoD) contracted SNC to deliver the 12 aircraft to Nigeria for use in the fight against the Boko Haram Islamist group. With weapons, the total value of the deal was estimated to be approximately USD600 million.

Powered by a single 1,600 SHP Pratt & Whitney PT6A-68/3 turboprop engine, the Super Tucano carries two 12.7 mm machine guns (200 rounds each) in the wings and can be configured with additional underwing weaponry such as 20 mm cannon pods, additional 12.7 mm machine guns, rockets pods, precision-guided munitions, and/or ‘dumb’ bombs of up to 1,500 kg. It has a seven-hour endurance and can operate from semi-prepared airfields. The aircraft’s austere capabilities enable it to be operated closer to the ‘frontline’ than some of its more advanced jet-contemporaries. It is also cheaper to operate and easier to maintain.