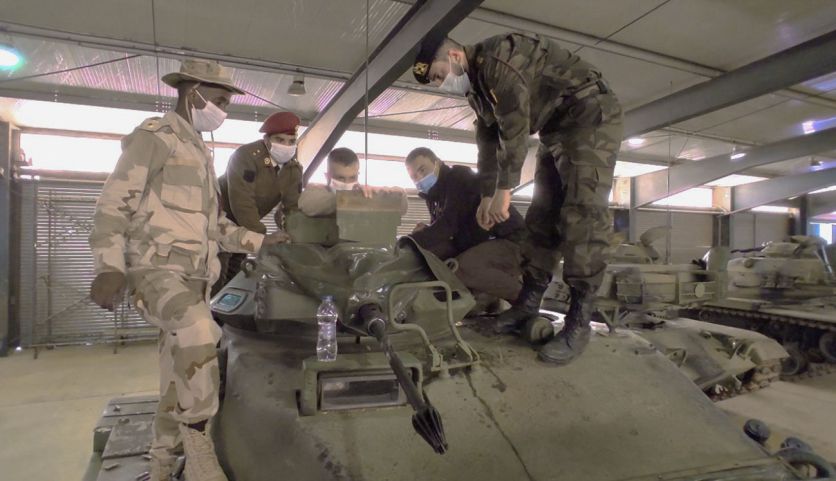 Libyans are trained on an M60A1 at an unidentified location. (Turkish Ministry of National Defence)

Released via the MSB’s Twitter account on 27 March, the photographs showed Libyans being trained on at least three M60A1 tanks inside a large shed. The Libyan military never operated the M60 but Turkey, the main supporter of the GNA in its war with the rival Libyan National Army (LNA), has large numbers of M60A1s and M60A3s.

Two other photographs showed Libyans at a facility that could be identified as the one at Tajurah, east of Tripoli, that the MSB identified in October 2020 as the Joint Land Training and Exercise Centre. There are two large sheds at the facility, one of which could be where the M60A1s were seen, but its relatively small size means it is not ideal for tank training due to the limited open space for driving.

One photograph showed a MAN truck next to the tanks with the same cab configuration used with the Roketsan T-122 multiple rocket launcher, although the launch tubes could not be seen.

In another tweet on 30 March, the MSB showed Libyans being trained on a Turkish-made T-155 Fırtına self-propelled howitzer with a T-122 in the background. This and a photograph the MSB released in November 2020 showing Libyans with a Fırtına appeared to be taken in Libya, albeit not at the Tajurah facility. Some Libyans have been taken for training in Turkey.

Photographs released by the Turkish Ministry of National Defence (MSB) appear to show it has supplie...