The government of Luxembourg approved a draft law on the procurement of 80 new command, liaison, and reconnaissance vehicles (CLRVs), plus 15–20 years of logistic support, for up to EUR367 million (USD445 million) on 2 June, the Foreign Ministry announced on its website later the same day. The vehicles will replace the Luxembourg Army's mixed fleet of 42 up-armoured Humvees and 48 protected reconnaissance vehicles (PRVs) from 2024–25 onwards. 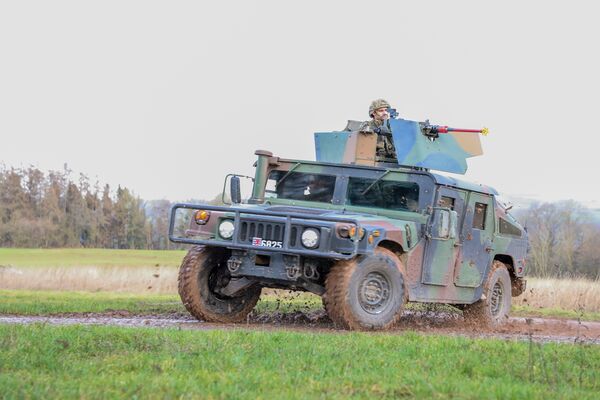 Luxembourg approved a draft law on the procurement of 80 new CLTVs on 2 June to replace its 42 up-armoured Humvees (pictured) and 48 protected reconnaissance vehicles. (Luxembourg Army)

The CLRV requirement was borne out of a study conducted by the NATO Support and Procurement Agency (NSPA) that examined Luxembourg's options for modernising its ground vehicle fleet. Acquired in 1996, the Humvees were deemed too old and worn out to merit any further modernisation, with the draft law noting that the vehicles lacked adequate protection against current improvised explosive device (IED) threats. The unprotected gunner station was also noted as an undesirable feature. Acquired in 2010, the PRVs, based on Krauss-Maffei Wegmann's Dingo II platform, are in better shape, but the study noted significant obsolescence of the vehicle's onboard electronics and jamming and radio equipment. Furthermore, the study highlighted that the electronics onboard the Kongsberg M151 remote operated weapon station (ROWS) were obsolete and no longer supported. The NSPA study found that modernisation of the 48 PRVs would cost EUR240 million to extend their service life until 2032. Finally, the study noted that the costly modernisation of the PRVs would not solve the issue of a lack of interoperability between the Humvees and PRVs due to their different radio systems.

The government of Luxembourg approved a draft law on the procurement of 80 new command, liaison, and...

A portfolio of ground-based air-defence (GBAD) capabilities is being procured by the British Army to...
Request Consultation