On 17 April Taiwan’s Lungteh Shipbuilding held a keel-laying ceremony for the third and fourth ‘rapid minelayers’ on order for the Republic of China Navy (RoCN).

The announcement by the Ministry of National Defense (MND) in Taipei comes after work on the first ship of the class, the designation of which has yet to be disclosed, began on 24 May 2019, with the keel being laid on 14 November of that same year. 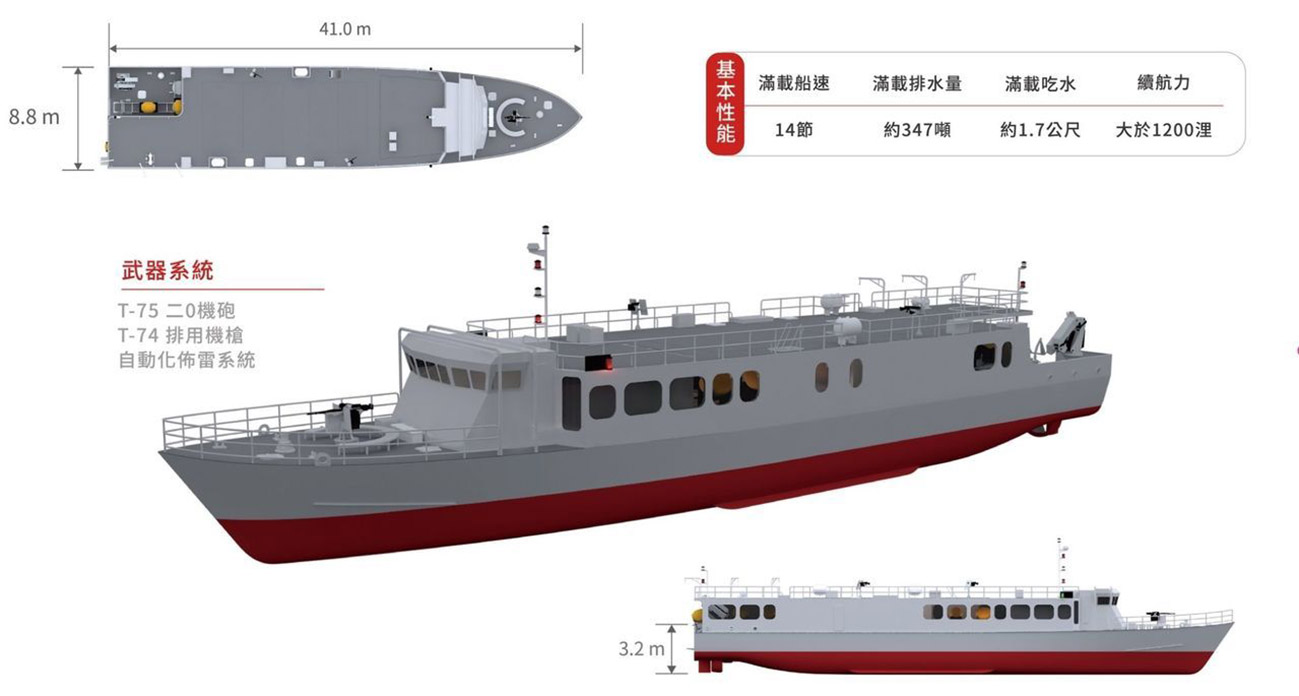 Computer-generated imagery showing the dimensions of Taiwan’s new ‘rapid minelayer’, four units of which are currently being built for the RoCN by Lungteh Shipbuilding. (RoCN)

That ship is expected to the delivered in 2021. Work on the second one is also under way at the company’s facilities in Yilan County. Only four of these vessels are known to have been ordered by the RoCN.

Taiwanese officials have been quoted by local media as saying that the minelayers have been designed “to face down an attack by amphibious vehicles trying to land in Taiwan, and would be equipped with a more precise automatic mine laying system”.

On 17 April Taiwan’s Lungteh Shipbuilding held a keel-laying ceremony for the third and fourth ‘rapi...

The US Navy (USN) is using data analytics to “find and target” specific areas and systems that have ...
Request Consultation