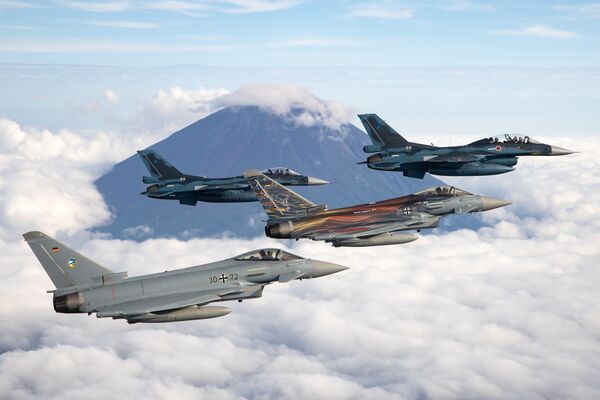 The Luftwaffe deployed a small contingent of Eurofighters to Japan between 28 and 30 September for joint drills. The deployment reflects Japan's role as an important partner for Germany in the region. (Bundeswehr/Christian Timmig)

The German Air Force (Luftwaffe) has concluded its deployment of Eurofighters and support aircraft in the Indo-Pacific region. The deployment, titled ‘Rapid Pacific 2022’, potentially sets the stage for future flights into the region by the Luftwaffe.

A Luftwaffe spokesperson told Janes that the detachment returned to Germany on 8 October.

“You learn a lot [when] doing things for the first time,” the Luftwaffe spokesperson said. “Logistics, planning, flying procedures … etc, all have been new for us. We [have] prepared [for] this deployment for over one-and-a-half years.”

The spokesperson added that ‘Rapid Pacific 2022’ could serve as a basis for additional deployments to the region. “Next year, the German Army will participate in an exercise in Australia. In 2024 we hope that the [air force] can come back again [to the region]. Maybe together with the navy,” he said.

According to Lieutenant General Ingo Gerhartz, chief of the Luftwaffe, ‘Rapid Pacific 2022' shows that the Luftwaffe is capable of multiple deployments.

The German Air Force (Luftwaffe) has concluded its deployment of Eurofighters and support aircraft i...