Lockheed Martin UK, the design authority for the UK’s Warrior Capability Sustainment Programme (WCSP), has expressed concern over the future of the infantry fighting vehicle (IFV) upgrade ahead of London’s Integrated Review of Security and Defence (IRSD). 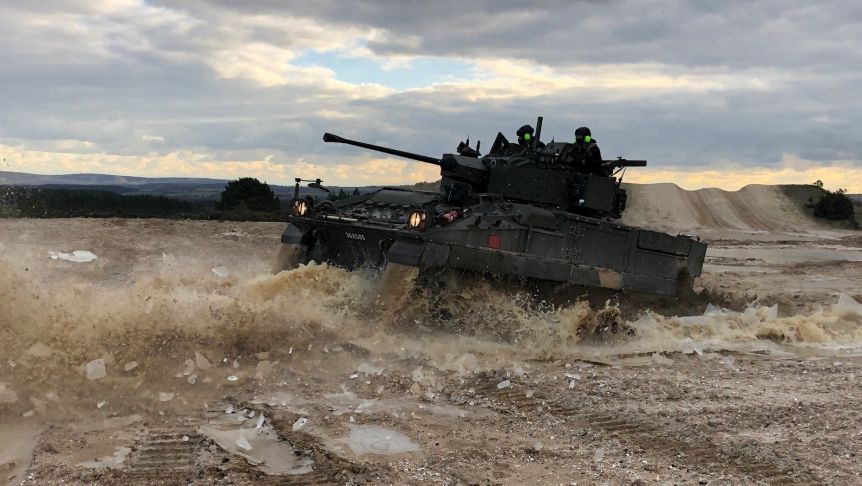 “We know that WCSP is at risk,” the company’s WCSP programme director, Keren Wilkins, told journalists during an 18 February phone briefing. “All large programmes potentially are, that’s why the government has these reviews.”

However, the British Army is very committed to the programme, Wilkins said, and Lockheed Martin UK is confident that with WCSP having recently successfully completed 80% of its reliability growth trials (RGT) that a manufacturing contract will be awarded.

All RGT activities are expected to be completed in two or three months, and design acceptance is expected towards the end of 2021, Wilkins said. Lockheed Martin UK has also submitted its response to the Ministry of Defence’s invitation to production negotiations, she added.

Looking ahead, Peter Pietralski, director chief engineer vehicle systems at Lockheed Martin UK, presented a concept for a new unmanned turret based on the structure used for the WCSP upgrade. It would utilise the same CT40 40 mm cannon and modularity to offer a compact turret, which the company has initially called the Unmanned Urban Fighter Turret, he said.

If successful, the unmanned turret could make a considerable return on the UK’s investment in WCSP over the past 10 years, according to Pietralski, who added it would help solidify Ampthill as the UK’s centre of excellence for turret design and manufacture and demonstrate that it is responsive to emerging requirements.