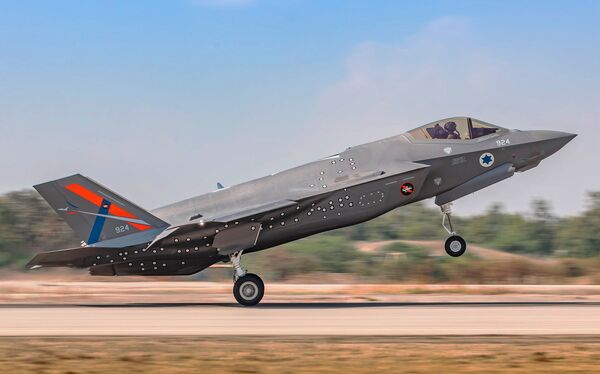 Unlike all other customers of the F-35, Israel fields its own test aircraft used to develop national-specific capabilities. (Israeli Air Force)

Lockheed Martin has been contracted to design and develop a variant of its F-35 Lighting II Joint Strike Fighter (JSF) geared towards the requirements of an unspecified foreign customer.

The US Department of Defense (DoD) announced on 27 December that the original equipment manufacturer (OEM) had been awarded USD49 million to support its work on an F-35 variant “tailored” for an undisclosed Foreign Military Sale (FMS) customer. Work related to this particular award is expected to run through to December 2026.

Though no details pertaining to either the new variant nor the end user have been disclosed, it almost certainly does not concern a new version of the JSF beyond the conventional take-off and landing (CTOL) F-35A, short take off and vertical landing (STOVL) F-35B, or carrier variant (CV) F-35C that already exist. Rather, the relatively low value and short timeline suggests the continuation of a previously awarded design and development contract.

In February 2018 it was disclosed that Lockheed Martin had been awarded USD147.96 million to deliver Israeli-specific upgrades for the F-35I Adir (the national designation and name for the F-35A) as part of a wider Block 3F+ software package (latterly also referred to as Block 4+) for the country. The contract provided for the procurement of Israel-unique weapons certification, modification kits, and electronic warfare analysis. While the Block 3F+/Block 4+ contract did not note the specific nature of the Israeli-unique systems to be delivered for the Adir, according to Janes All the World's Aircraft: In Development and Production

Lockheed Martin has been contracted to design and develop a variant of its F-35 Lighting II Joint St...