The Viper Shield will have software-defined technology components that reveal digital radar threats and provide robust countermeasure capabilities in a fully-integrated, internally-mounted system, according to a company statement. The baseline version of the Viper Shield will be integrated into the aircraft’s fuselage, saving space for additional capability such as a fuel pod that could be attached externally to increase mission range. 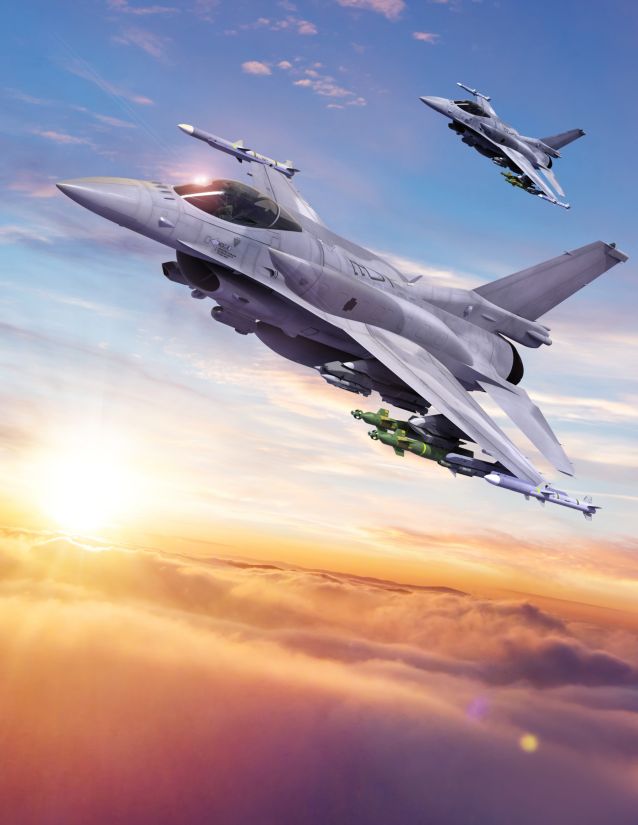 Artist’s illustration of F-16V Block 70/72 aircraft. An expert said that Lockheed Martin is investing in F-16V Block 70/72 upgrades to prepare it for possible future acquisition by the US Air Force. (L3Harris)

Ted Damaskinos, L3Harris vice president and general manager for electronic defensive solutions, told Janes on 18 March that the company has a full design of the Viper Shield and is in discussions with Lockheed Martin about production, timing, and deliverables.

An expert said that Lockheed Martin is investing in F-16V Block 70/72 upgrades to prepare it for possible future acquisition by the US Air Force (USAF). Bryan Clark, senior fellow at the Hudson Institute in Washington, DC, told Janes on 6 April that investing in an EW suite such as the Viper Shield is an affordable way for Lockheed Martin to give the aircraft self-protection and sensor capability improvements to have the F-16V Block 70/72 perform in modestly-contested environments such as air base protection or homeland defence air patrols.

Lockheed Martin in February sole-sourced L3Harris a cost-plus development contract to put its new AN...