The US Department of Defense announced on 26 April that the modification is for “the development and fielding of capabilities for the Automatic Ground Collision Avoidance System [Auto GCAS] and AGM-88 High-speed Anti-radiation Missile [HARM], improvements in radar software maturity, an update to the data acquisition system, and advanced identification friend-or-foe” systems, adding that work will be performed in Fort Worth, Texas, and Taiwan, and is expected to be completed by 30 September 2022. 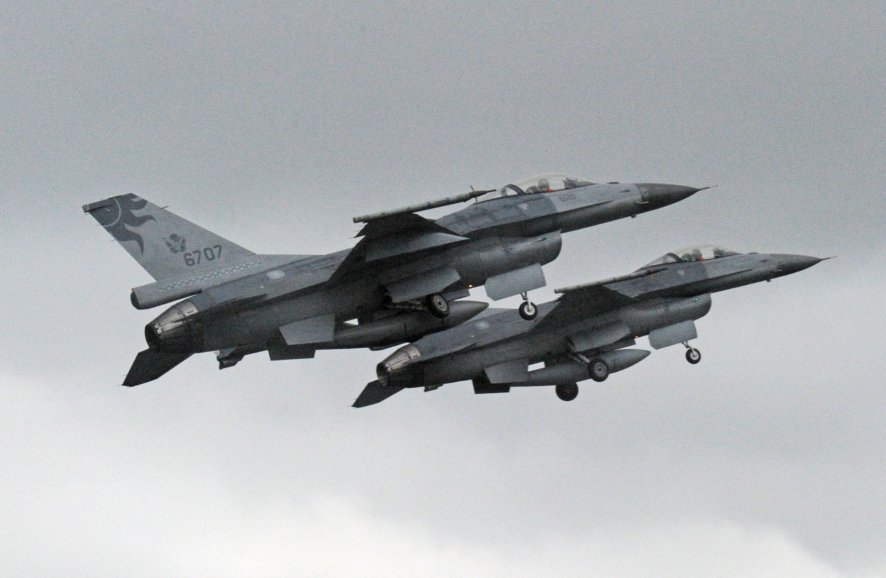 Two RoCAF F-16 fighters taking off from Hualien airbase in January 2013. Lockheed Martin has been awarded a not-to-exceed USD138 million contract modification for Taiwan’s ‘Peace Phoenix Rising’ programme, which is aimed at upgrading the RoCAF’s fleet of F-16A/Bs. (Sam Yeh/AFP via Getty Images)

Foreign Military Sales (FMS) funds amounting to USD67.62 million are being obligated at the time of award, stated the Pentagon, while noting that the Air Force Life Cycle Management Center at Wright-Patterson Air Force Base in Ohio is the contracting authority.

No further details were provided, but the announcement comes after Taiwanese media reported on 17 March that 42 of Taiwan’s 141 Lockheed Martin F-16A/Bs had already been upgraded to the latest F-16V standard.

A formal handover and acceptance ceremony to mark the entry into service of the upgraded F-16s with the RoCAF’s 4th Tactical Fighter Wing, was scheduled to be held by the end of March. However, no confirmation of the event has been reported.

Lockheed Martin has been awarded a not-to-exceed USD138 million contract modification for Taiwan’s ‘...