Lithuania to increase defence spending to 2.52% of GDP from 2022 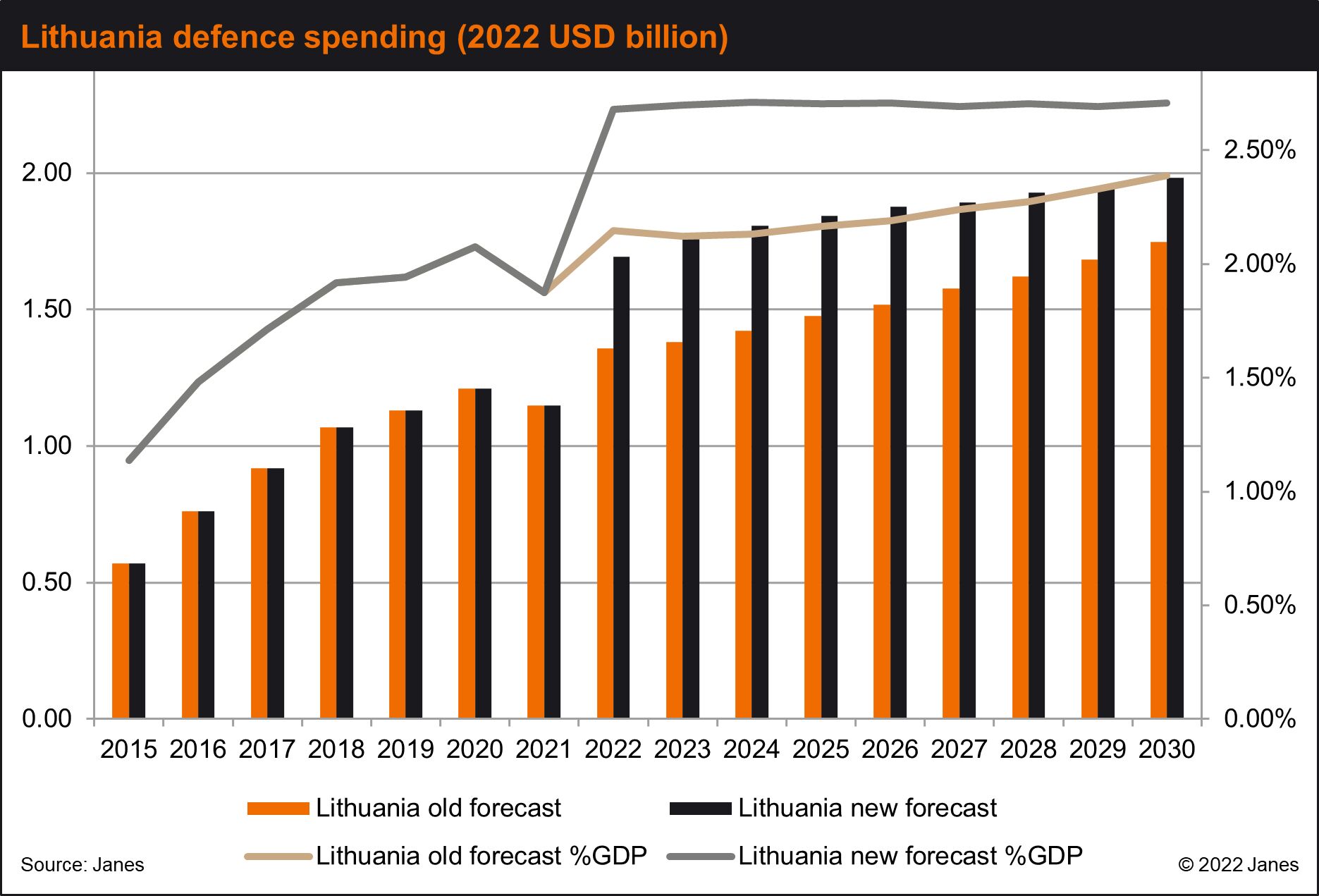 Lithuania's parliament has discussed a draft amendment to the State Budget to increase defence spending to 2.52% of GDP for 2022, the Lithuanian Ministry of Defence (MoD) announced on 14 March.

According to the government this would entail additional funding of EUR298 million (USD328.2 million). The motion has wide support and is expected to pass at its second reading on 17 March.

They also confirmed that EUR66.8 million will be allocated for ammunition; EUR40.4 million for the construction of three military camps in Lithuania (Pabradė, Kazlų Rūda, and Marijampolė); EUR21.6 million for body armour, communication equipment, medical supplies, and other associated equipment; and EUR10.7 million for cyber-security equipment.

The spokesperson was unable to elaborate on the type of cyber-security equipment the MoD was seeking to acquire.

Lithuania's initial defence allocation for this year was EUR1.2 billion (USD1.35 billion), equating to 2.15% of GDP.

This new spending package will boost defence expenditure to nearly EUR1.5 billion, almost 2.7% of GDP, according to data by Janes Defence Budgets . This represents a real increase of 47.3% when compared to 2021.

If the new level is maintained until 2030, it would add about USD3 billion across that timeframe when compared to previous forecasts.

Lithuania's parliament has discussed a draft amendment to the State Budget to increase defence spend...