Sea Sword 3 is being developed under a civilian-military technology co-operation project led by the Agency for Defense Development (ADD) Institute of Civil-Military Technology Cooperation (ICMTC). 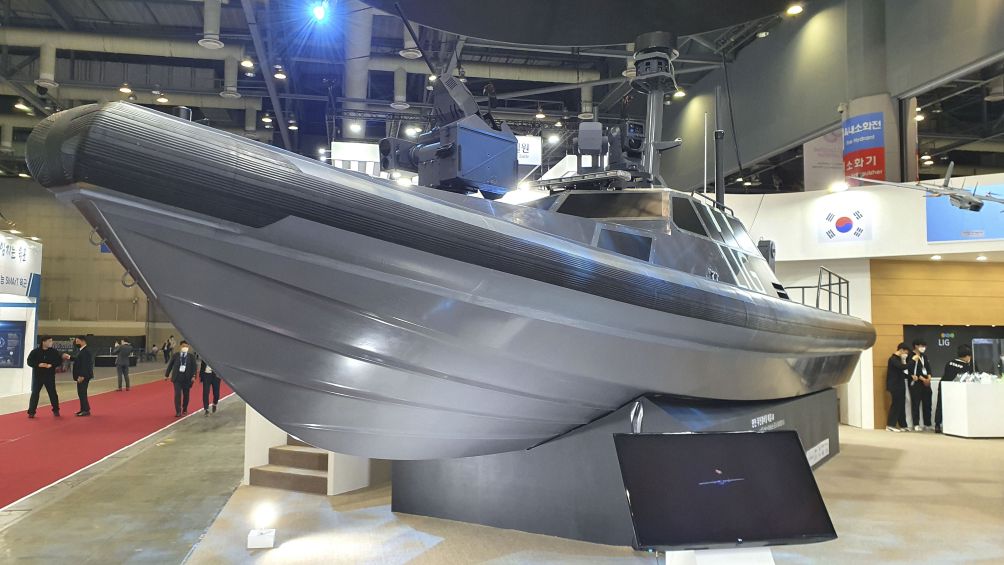 The USV has been optimised for coastal operations and can be used to perform various types of missions with the appropriate mission equipment, including a surveillance and reconnaissance suite. It will also incorporate artificial intelligence (AI)-driven autonomous navigation/obstacle avoidance technology.

In terms of armament, Sea Sword 3 is equipped with a remote-controlled weapon station (RCWS) armed with a 12.7 mm heavy machine gun and a 2.75 inch calibre guided rocket launcher towards the stern, unlike the preceding Sea Sword 1 and 2 designs.

LIG Nex1 representatives told Janes that the Republic of Korea Army (RoKA) operates several types of patrol boats for coastal security and reconnaissance missions, and is positioning the Sea Sword 3 to replace these.