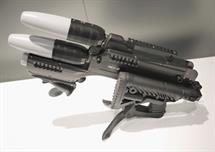 The Sea Sword USV adopts a high-speed monohull design – constructed from fibre-reinforced plastic – and measures 8 m long and displaces approximate 3 tonnes. The sea vehicle is equipped with a diesel engine and a waterjet propulsion system that enables it to achieve a stated maximum speed of 40 kt. 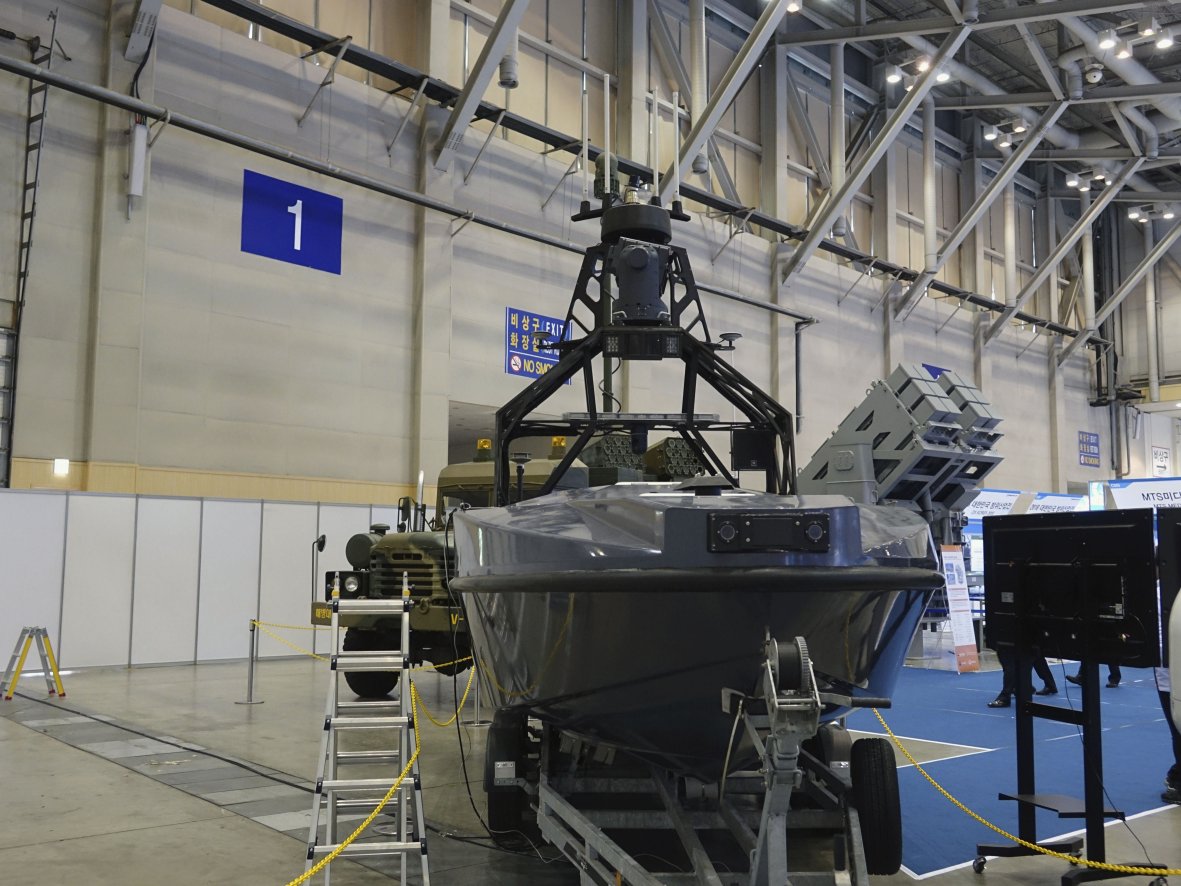 According to LIG Nex1, the Sea Sword has an operational endurance of up to eight hours at 15 kt and has a control radius of up to 12 km. It is also designed to operate in sea state 4 conditions.

Typical mission equipment includes an electro-optical/infrared (EO/IR) system with a detection range of up to 6 km in daylight and 3 km at night time. It is also equipped with an on-board radar with a range of up to 5 km, a communications module, and a modular electronic architecture that supports the integration of a range of mission payloads.

An indigenously developed autonomous navigation system enables the UAV to conduct independent surveillance and reconnaissance missions according to a pre-programmed route, with the ability to perform automatic collision avoidance to evade maritime obstacles.

Its key missions include surveillance and reconnaissance in high-risk areas and tracking of suspicious surface contacts such as illegal fishing vessels.