US Army officials gathered at Yuma Proving Ground, Arizona, on 23 September to watch an experimental sensor-to-shooter demonstration that included multiple misfires along the way. Ironing out such hiccups, however, will be one key for the service to succeed, fielding a future fleet of weapons linked and guided by artificial intelligence (AI).

Janes accompanied senior service leaders out to Project Convergence 2020, which is billed as an inaugural event to bring together 34 technologies including prised modernisation priorities such as Long-Range Precision Fires and Next-Generation Combat Vehicle (NGCV) technologies, as well as the network. During the course of several hours, the army ran through various land invasion scenarios broken up into three phases to simulate penetration, disintegration and exploitation operations with the objective of demonstrating specific “threads” within an “artificial intelligence-enabled kill web” with multiple sensors, shooters and targets.

One of the ultimate goals of the effort was to reduce the decision-making cycle from 20 minutes down to 20 seconds, in part by netting together space-based assets, the existing network, and a variety of sensors and shooters. At times, it was challenging to track the rapid chain of events, but this objective was seemingly achieved. However, tensions began to rise inside Forward Operating Base Laguna after a series of misfires and questions began surfacing about the single point of failure: Was it the network? 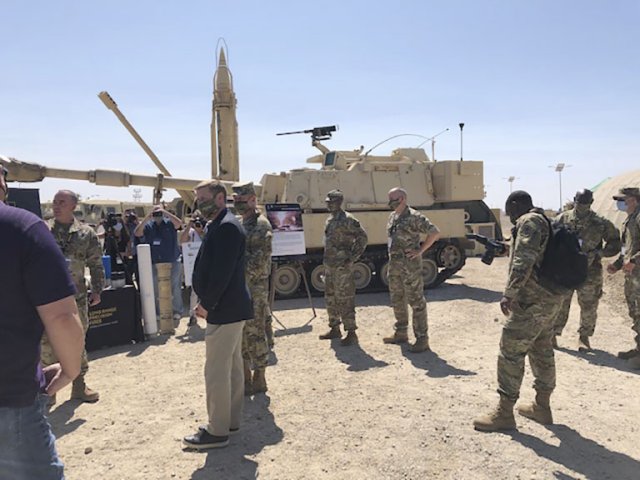