Leonardo is installing its Hitfact Mk II turret armed with the new 105/52 mm rifled gun in place of the 120 mm smoothbore weapon on the Centauro II 8x8 armoured vehicle that was to have been exhibited at the cancelled Eurosatory on 8–12 June. The vehicle was to have been displayed at the Consorzio Iveco DV Oto Melara (CIO) and Leonardo stand. 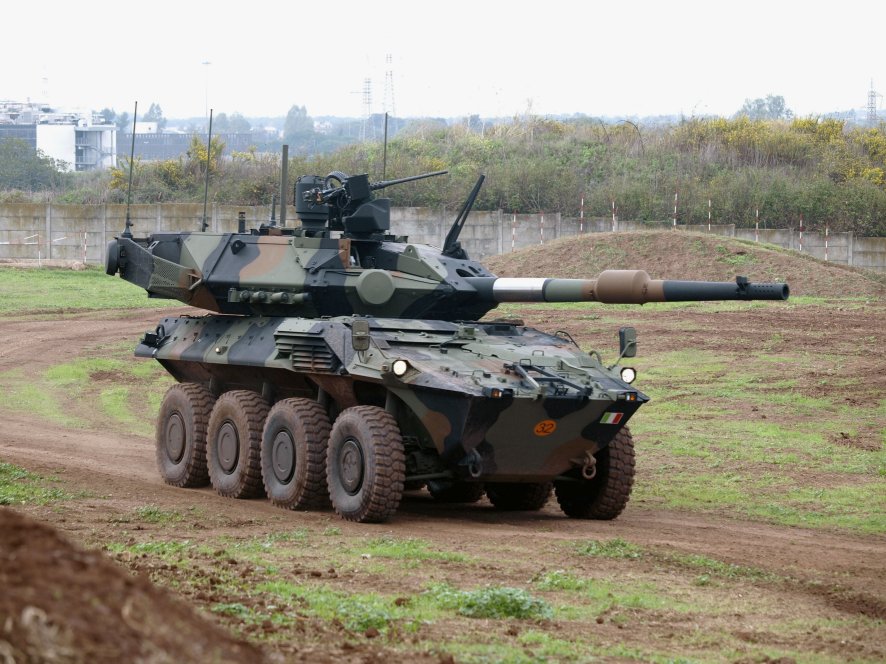 Leonardo is installing its Hitfact Mk II turret armed with the new 105/52 mm rifled gun on the Centauro II. (Leonardo)

Installation of the 105 mm gun allows a reduction in turret weight by 750 kg and more ammunition to be carried, and offers a wide choice of less expensive rounds. The 105 mm gun developed by Leonardo leverages the advanced materiel used in the 120 mm gun, while maintaining the barrel thickness of the older 105 mm to reduce qualification issues. The gun has a 20% shorter recoil length and 5% lighter oscillating mass, while the maximum admissible pressure is 20% higher, enabling the use of new ammunition currently under development by various manufacturers, Leonardo told Janes . This was achieved with improved materiel characteristics: fracture toughness and extensibility were increased by 30% compared with the steel used in the gun that armed the original Centauro.

Leonardo Defence Systems has started building a company-owned Hitfact II turret for demonstration purposes that will be armed either with a 105 mm or 120 mm gun, depending on customer requirements. The company believes many countries around the world that do not face a high-end armoured threat are still interested in the smaller Western tank gun calibre.