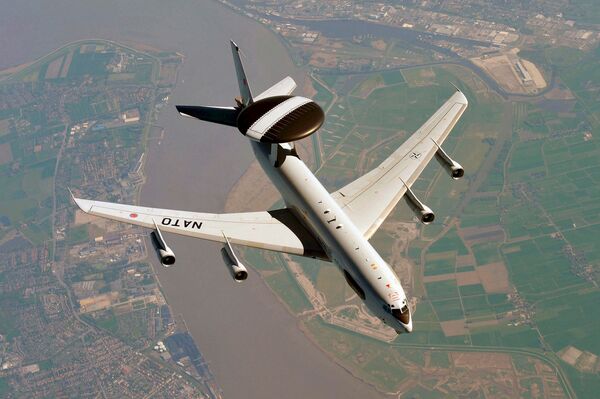 Leonardo is to upgrade one of NATO's 14 E-3 AWACS aircraft as a test for a wider modernisation of the fleet under the Final Lifetime Extension Programme. (NATO)

The Italian company announced on 21 May that it has been contracted by Boeing, as prime contractor for the NATO Airborne Early Warning and Control (AEW&C) Programme Management, Agency to upgrade the first NATO E-3A test aircraft.

“The activity, to be completed within 2023, includes the installation and checkout of newly-developed hardware under the FLEP programme [and will be] accomplished by Leonardo's […] personnel of the Venice-Tessera plant in Italy,” the company said. “Leonardo will then provide support during the final test phase at the Geilenkirchen NATO Air Base [in Germany].”

Leonardo did not specify the nature of the hardware to be fitted to the test aircraft, nor when the upgrade is planned to be rolled out to the remaining 13 aircraft of the NATO E-3A Component.