Leonardo is to unveil a demonstrator helicopter at its Yeovil plant in Somerset in May to spearhead its bid to win the UK’s recently announced New Medium Helicopter (NMH) competition with its AW149 helicopter. 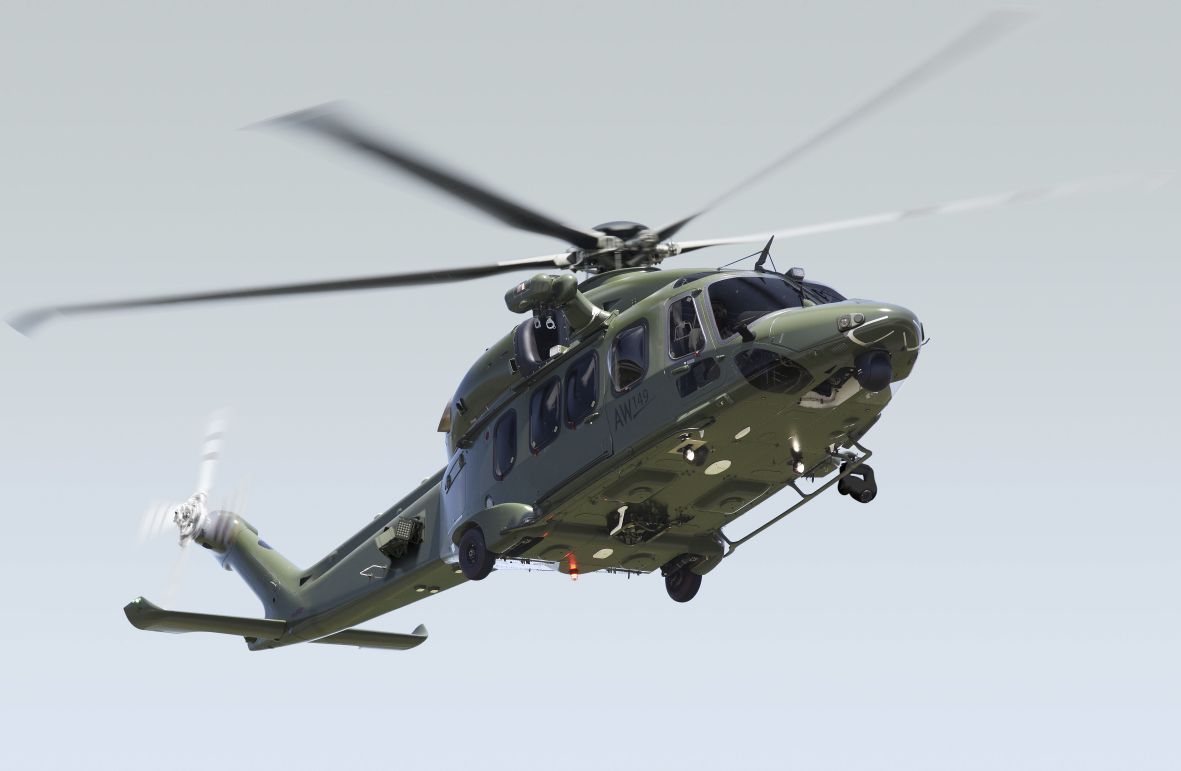 Leonardo is competing for the UK’s NMH with its AW149 helicopter. (Leonardo)

The AW189 helicopter is currently being painted black at Yeovil to allow it to be used to brief UK Ministry of Defence (MoD) procurement officials, military personnel, government decision makers, and media representatives on the potential of the company’s sister AW149 product.

Leonardo Helicopters Managing Director UK Nick Whitney told Janes on 9 April that the demonstrator helicopter is the same size as an AW149, with the same cabin size and performance. “It will show the helicopter cockpit’s open architecture to [demonstrate] what the MOD can start with and then modify,” said Whitney. “This is not a paper aircraft.”

A Leonardo spokesperson told Janes on 9 April, “The demonstrator aircraft [will] highlight specific characteristics related to the aircraft, including the possibility of choosing between a General Electric or Safran engine. It should be noted that the AW149 was designed as a military helicopter. The AW189 commercial helicopter came later, developed specifically for the commercial market based on the common platform which originated with the AW149.”

The MoD confirmed in its 22 March Defence Command Paper the launch of the NMH project to replace Royal Air Force (RAF) Puma HC2 helicopters by 2025, as well as Bell 212, Bell 412, and Dauphins used by the RAF and Army Air Corps in a variety of roles.

Leonardo is to unveil a demonstrator helicopter at its Yeovil plant in Somerset in May to spearhead ...

The US Air Force (USAF) did not request funding for its Boeing MH-139A Grey Wolf helicopter in its f...

In another push to reduce materiel imports India's Ministry of Defence (MoD) released on 31 May a li...