The standard M109L is fitted with an Italian-built 155 mm/39 calibre ordnance that is the equivalent to that fitted to the 155 mm FH-70 towed artillery system still deployed by the Italian Army.

The latest upgraded M109L has a 23 litre chamber and meets the Joint Ballistic Memorandum of Understanding (JBMOU). It is also fitted with a fume extractor and a new pepper box muzzle brake.

The recoil system and equilibrators were modified to take into account the increased recoil and weight of the 155 mm/52 calibre ordnance. The breech mechanism is of the screw type, and a flick rammer is fitted with an adaption on the stroke of the rammer to fit with the longer chamber. 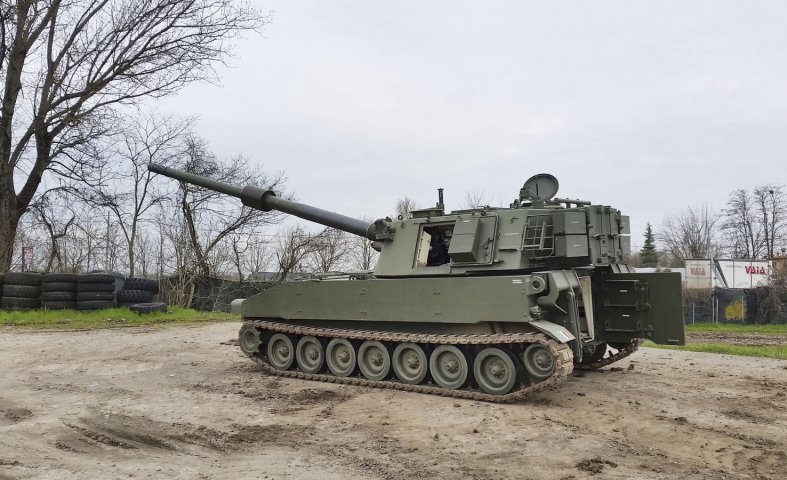 An upgraded Italian M109L from the rear fitted with the Leonardo 155 mm/52 calibre ordnance partly elevated, and with spades either side of the hull in raised position. (Leonardo)

Maximum range depends on the projectile and charge combination, but firing a standard 155 mm M15A2 high-explosive (HE) projectile a maximum range of 30 km can be achieved, or an extended range ammunition could reach 40 km, according to Leonardo.

The most significant range improvement would be firing the latest Leonardo Volcano 155 mm Ballistic Extended Range (BER) artillery projectile, which was type classified by the Italian Army and is ready for quantity production as soon as orders are placed.

Italy’s Leonardo Defence Systems has developed and tested an upgrade package, aimed at the export ma...