Leonardo is pitching the AW149 medium-lift helicopter as a potential replacement for the Royal Air Force’s (RAF’s) fleet of Westland-Aerospatiale SA 330E Puma HC2 rotorcraft, with production promised at its Yeovil site in southern England. 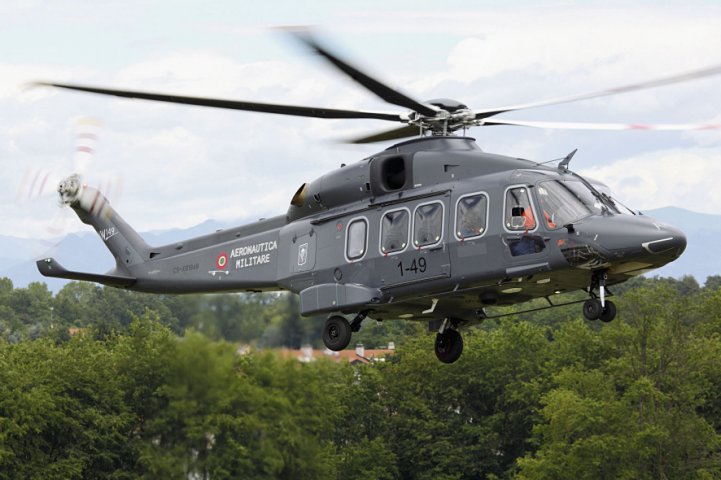 The AW149 is to be Leonardo’s offering to the UK for a potential Puma replacement platform. Managing director at Leonardo Helicopters UK, Nick Whitney, said that the Yeovil-built helicopter could be in RAF service less than 24 months from a contract signature and ahead of the Puma’s retirement date of 2025. (Leonardo)

Speaking to Janes on 26 February, a senior official from Leonardo Helicopters UK said that the AW149, which was showcased at the DSEI 2019 defence exhibition in London, will be the company’s offering for the United Kingdom’s recently revealed New Medium Helicopter (MRH) requirement to replace the RAF’s fleet of 23 Puma HC2s from 2025.

“Leonardo’s AW149 multirole utility helicopter is our proposal to replace the UK’s ageing Puma fleet,” Nick Whitney, managing director at Leonardo Helicopters UK, said. “Choosing a British-made helicopter, the Leonardo AW149, as the UK’s next military helicopter would create a cutting-edge new production line in Yeovil. It would be an investment in UK skills, UK design and manufacturing, and UK intellectual property, which would support thousands of jobs, boost exports, and help towards reversing the damage caused by Covid-19.”

With an active supply chain already in place for the AW149, Whitney noted that Leonardo Helicopters UK would be able to deliver to the RAF a military off-the-shelf aircraft in less than 24 months from a contract date. This, he added, could see the AW149 in service ahead of the Puma HC2 retirement so as to avoid any capability gap.

Leonardo is pitching the AW149 medium-lift helicopter as a potential replacement for the Royal Air F...