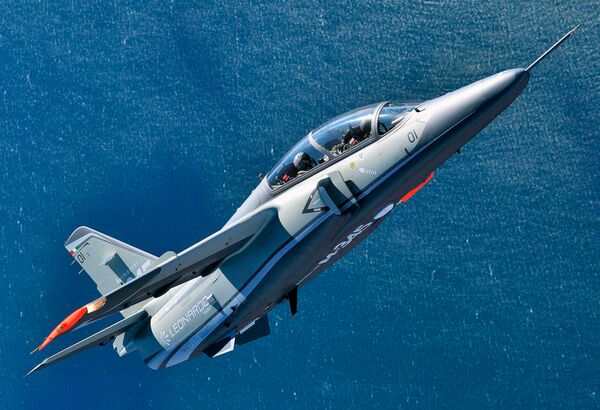 The M-345 is billed as having the capabilities of a jet trainer with the operating costs of a turboprop. (Leonardo)

The Slovak Air Force (Vzdušné sily Slovenskej Republiky: VSR) has a requirement to replace its small fleet of Czechoslovak-era Aero L-39CM/L-39ZAMs with up to eight new advanced jet trainer aircraft as it prepares to receive its new Lockheed Martin F-16V Block 70/72 Fighting Falcon combat aircraft from 2023.

As Janes reported in August 2019, the three L-39CM and two L-39ZAM aircraft received in 1972 and 1976, respectively, cannot be sustained beyond 2025, meaning the VSR has an urgent requirement to replace these in the short term.

To date, the M-345 has been acquired by the Italian Air Force, and is being promoted to Canada, Chile, Spain, and Thailand, among others.

Leonardo is pitching its M-345 High Efficiency Trainer (HET) to Slovakia as a potential replacement ...