Next article
Surface Navy 2021: US Navy tables possible Aegis Ashore transition to another entity, for now 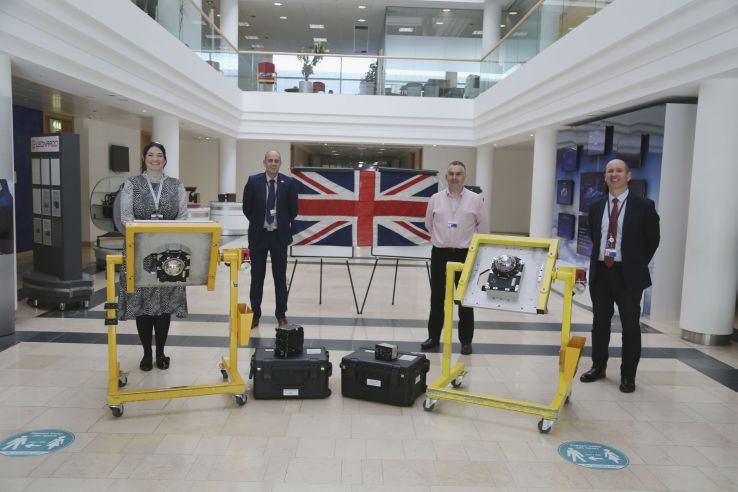 Leonardo staff at the company’s Edinburgh facility in Scotland marked delivery of the final Miysis DIRCM system for the UK’s Shadow fleet in late 2020. (Leonardo)

Speaking to Janes on 11 January, Head of DIRCM Campaigns at Leonardo Edinburgh, Dave Gourlay, said that despite restrictions placed on the workforce due to Covid-19, the company had completed deliveries of Miysis under its September 2019 defensive aids suite (DAS) contract with the MoD ahead of schedule.

“We are now allowed by the MoD to reveal that the delivery of all Miysis systems for the Shadow were handed over ahead of schedule. The numbers are not releasable, but the first was delivered in Q4 of 2019, and the last in Q4 of 2020,” Gourlay said.

As noted at the time of the award at the DSEI 2019 defence exhibition in London, Leonardo was prime on the effort to protect the Shadow electronic intelligence (ELINT) aircraft from the latest-generation infrared (IR)-seeking missiles.

With Leonardo having now delivered all of its Miysis systems and continuing to provide DAS controllers, Thales is providing its Elix-IR threat warner and Vicon countermeasures dispensing system for the full defensive package that will be integrated aboard the Shadow fleet by Raytheon. Gourlay declined to say when all of these elements might be integrated and in use, although the MoD had previously noted an initial operating capability date of “early 2021”.

Israel Aerospace Industries (IAI) is proposing to provide a replacement to the UK for its soon-to-be...