Russian technicians are supporting the Libyan National Army (LNA), the powerful faction led by former general Khalifa Haftar, by repairing its Soviet-supplied armoured fighting vehicles and artillery, according to a leaked document released by the Russian investigative news website Proekt on 12 September as part of a joint investigation with The Daily Beast and The Dossier. 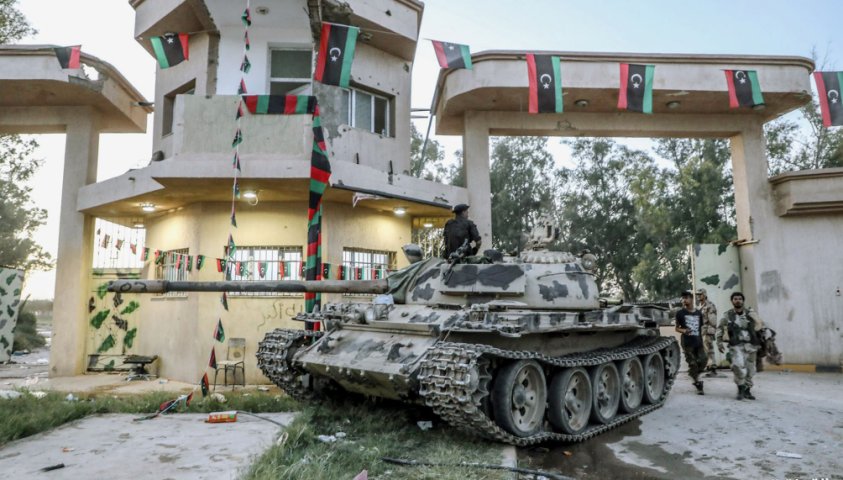 A T-55 operated by the LNA is seen in Al-Aziziyah south of Tripoli in April. The tank may have been repaired by Russian technicians. (LNA War Information Division/AFP/Getty Images)

In the process, it outlined the LNA’s inventory at the outset of its attempt to capture the capital Tripoli earlier this year, an offensive that has made little progress due to determined resistance by forces aligned with the UN-backed Government of National Accord (GNA).

“In the period commencing 17 October 2018 up to now, the overhaul specialist team of the Russian Federation made up of 23 men conducted inspection, damage/defect assessment, and overhaul of armoured vehicles and equipment as specified below,” stated the Russian-language document, which was dated 12 March.

Most of the vehicles and guns were subject to repairs ranging from minor to full overhauls. . The document said RUB18.8 million (USD278,000) of parts had been supplied as part of this process.